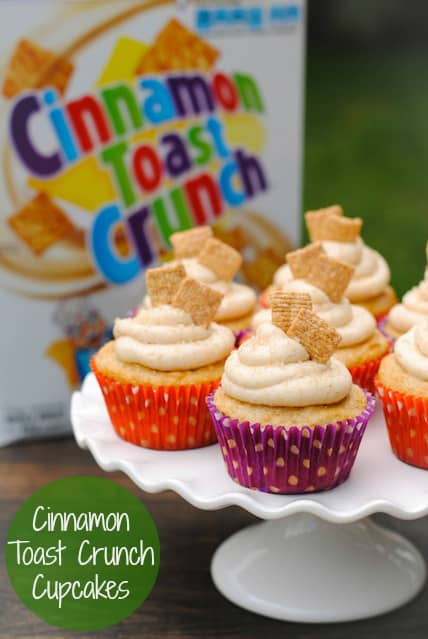 My husband is the complete opposite of me when it comes to birthdays. For every single birthday I celebrate, I choose to go to dinner at the same restaurant. I also choose the same exact birthday cake (chocolate cake with white frosting). Jeff chooses a different restaurant every year, and, you guessed it – a different birthday dessert each year as well.
This year, I set him loose on my Pinterest boards and had him choose which dessert he would like me to make. Still in love with his childhood cereal favorites, he chose Cinnamon Toast Crunch Cupcakes from Your Cup of Cake from my Cupcakes Pinterest Board. 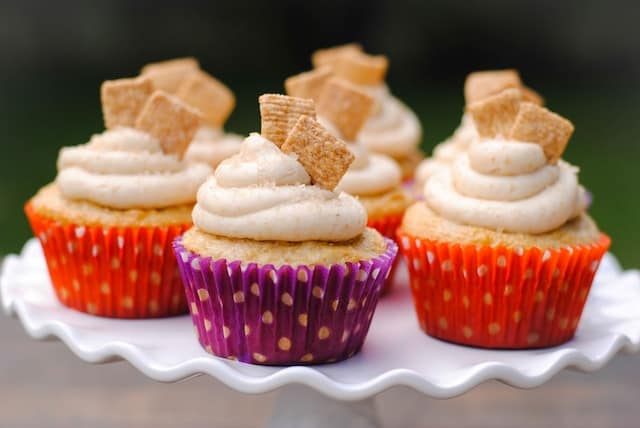 I won’t lie – sifting crunchy cereal to make the frosting was among the most absurd (and messiest) kitchen tasks I’ve ever had to do. But in the end? Totally worth it. These cupcakes were so freaking good. Even those at the birthday celebration who aren’t obsessed with kid’s cereals (pretty much every other attendee besides Jeff) loved these cupcakes.
Because the base is a boxed vanilla cake mix (no shame!), the cake is super light and fluffy, with a ton of cinnamon flavor. The frosting adds the cereal flavor, but doesn’t overwhelm the cake. If you’re familiar with Snickerdoodle cookies, these are kind of like the cupcake version of those. I’m kind of sad knowing that Jeff won’t ask for these again next year – he’ll want something new! 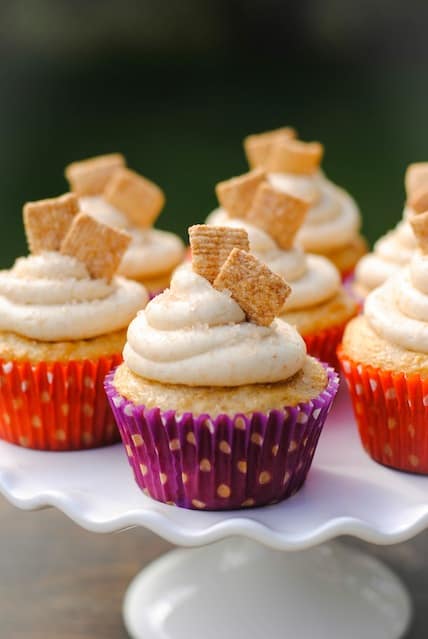 Get the full recipe here from Your Cup of Cake! 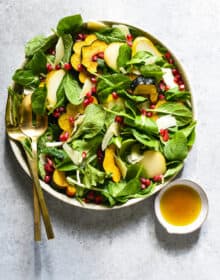 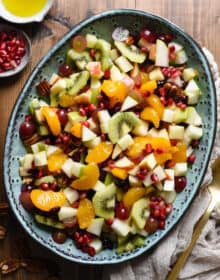 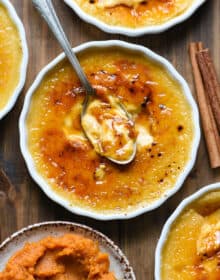