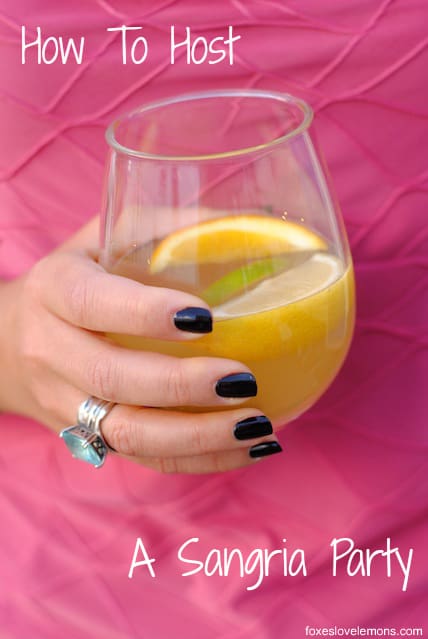 On Saturday, I hosted my second annual backyard sangria party. I wish I would have started this tradition much sooner, because it’s great fun. Copious amounts of fruity wine and booze, cooking party food until my heart’s content, good friends, music and lots of yard games.

This week is officially Sangria Party Week here on Foxes Love Lemons. All week long, I’ll be walking you through all the foodie stuff that went into this party – appetizer, dinner, desserts, and of course, the sangrias themselves. As far as general party setup, it’s pretty simple. Here we go….

Make loads of sangria. Far more than you think you’ll need, trust me. It will disappear faster than you can imagine. Make sure you have plenty of water available also, and beer if anybody is so inclined. My sangria setup involves these two huge beverage dispensers, an ice bucket and LOTS of ice waiting in the wings. We had about 16 party attendees, and we went through almost 20 pounds of ice just for the sangria (not to mention more coolers full of ice and beer). 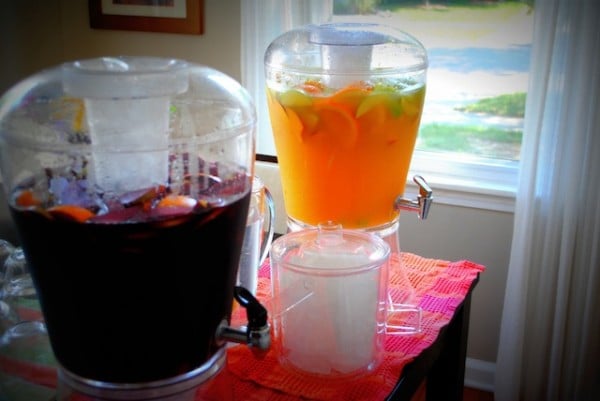 I found these cute plastic wine tumblers in the clearance section at Target, and stocked up. They’ve worked out great and they can be re-used each year. Mason jars are another great (and affordable) option. 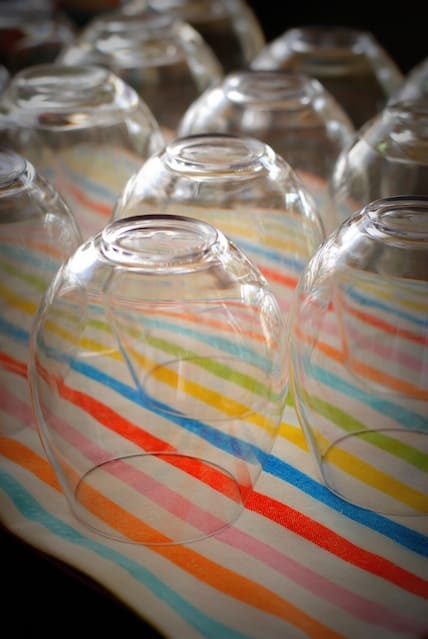 Borrow some extra tables and chairs from friends. String up some lights to set the mood when the sun goes down. If you’re classy enough to have junk-picked tiki torches from your neighbor (we are), put some citronella torch refills in those things and light ‘em up. You’re not invited to the party, mosquitoes. 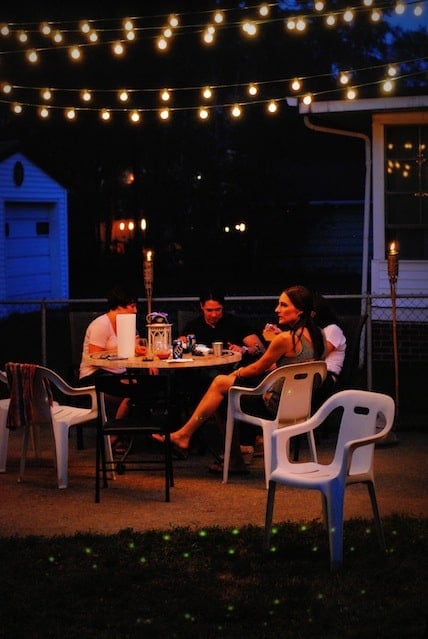 A grill is helpful. That way, you can make dinner outside at the grill while still being with your guests. Nobody wants to be stuck in a hot kitchen while everybody else is outside having fun. We like to grill pizzas, but chicken sandwiches, root beer ribs, hamburgers, beer-can chicken, grilled pork tacos or hot dogs would all be great options, too. 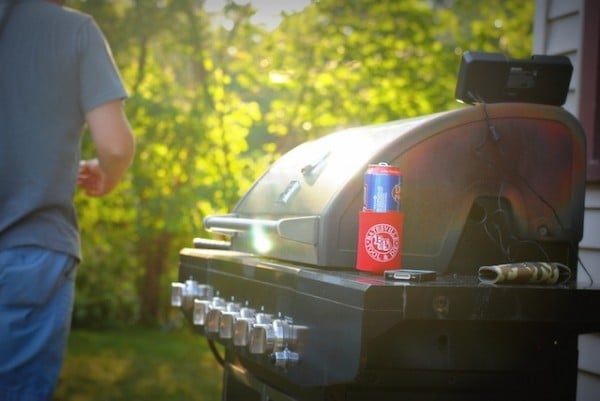 Get some speakers and an iPod and turn on some tunes. I made my friends listen to weird hipster music until they staged a mutiny, took control of my Spotify account and changed the theme to a dance party.

Invite some friends over. In this case, it was my adult kickball team. If you know a dog with eyebrows, invite him to join the fun, too. 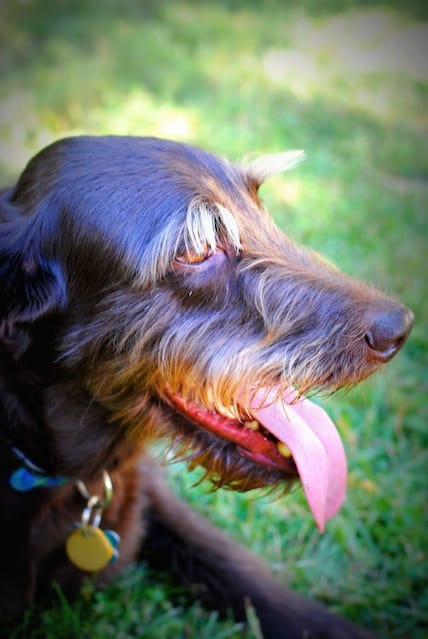 Sangria and lawn games go together like peanut butter and jelly. I’ve managed to turn my friends on to the wondrous sport that is badminton, and I made them play endless games, all night long. Badminton is great for a couple of reasons: 1.) You can easily play with a drink in one hand, and 2.) You get to say the word “shuttlecock” as often as you want. 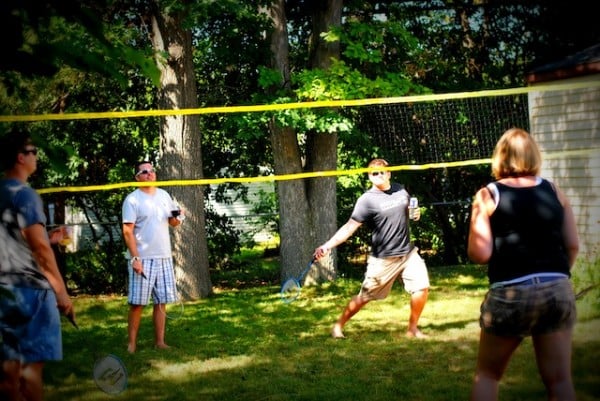 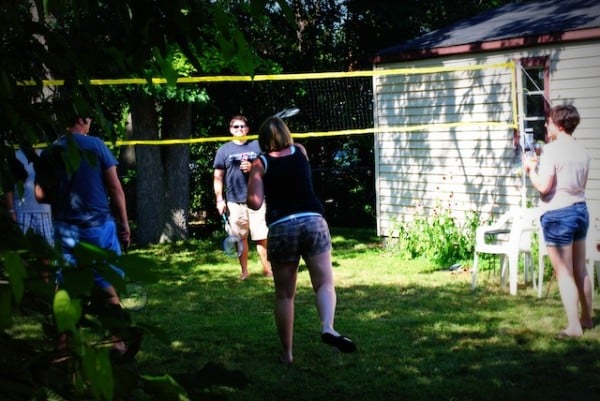 Bean Bag Toss / Cornhole / Baggo is another simple, fun game that anyone can try their luck at. 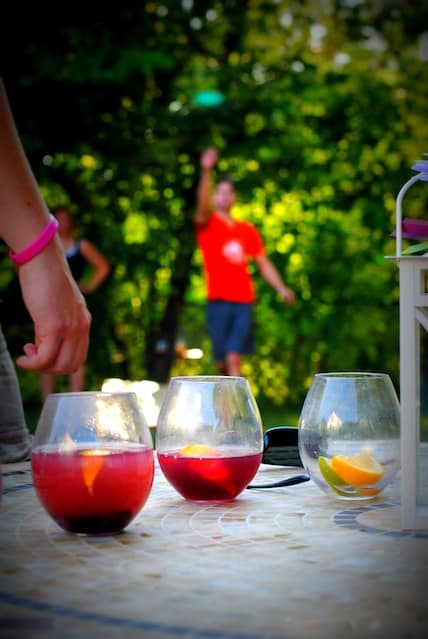 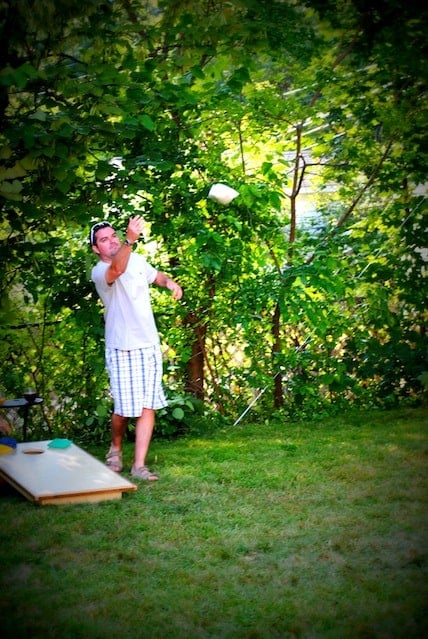 Plaid shorts are not required, but strongly encouraged. Turns out, you can spill as much sangria on yourself as you’d like (probably playing all that badminton), and it’ll just blend right in with the plaid. Not that I did that. I totally did that. 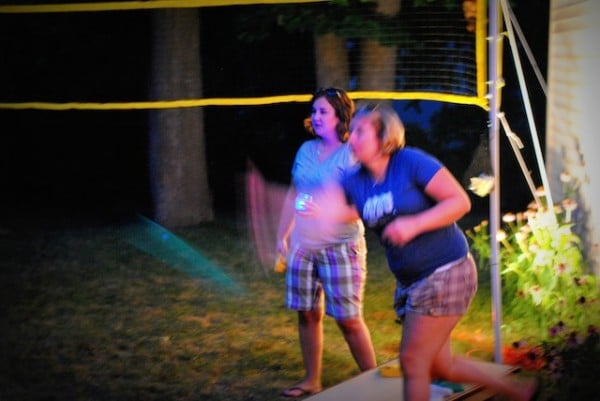 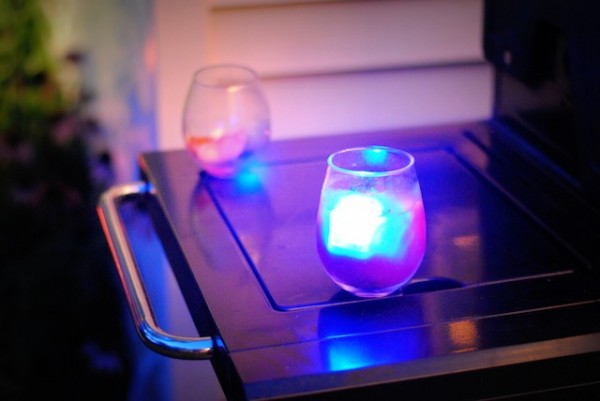 If you have any questions about how to plan a sangria party of your own, please ask in the comments. I’ll be back all week with details on the most important element of any party – the food and drinks.