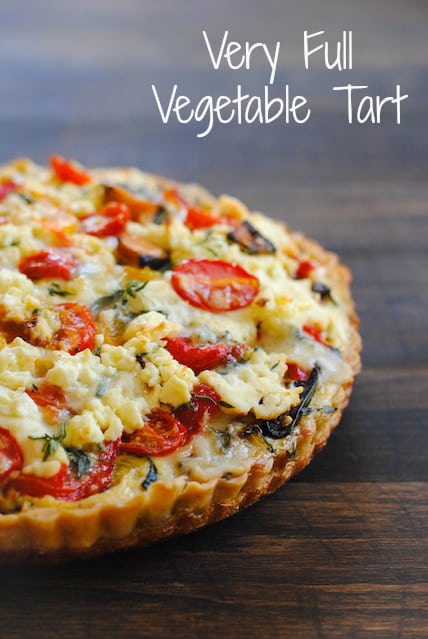 In an effort to force myself to actually make some recipes from the cookbooks I buy (instead of watching them collect dust on the coffee table), I’m committing to a once-monthly blog post I’ll call “Cook The Book.” Not to be confused with my other monthly “If I Liked It, Then I Should Have Put A [3] Ring [Binder] On It” posts, these dishes may not necessarily be ones I’ve made again and again (yet). This is just my effort to try out some cookbook recipes and share the results with you.
Recipe: Very Full Tart from Plenty: Vibrant Vegetable Recipes from London’s Ottolenghi
(because I’m a bit uncomfortable just copying the recipe from the cookbook, please buy the cookbook, check it out at your local library, or do a quick Google search for the recipe). 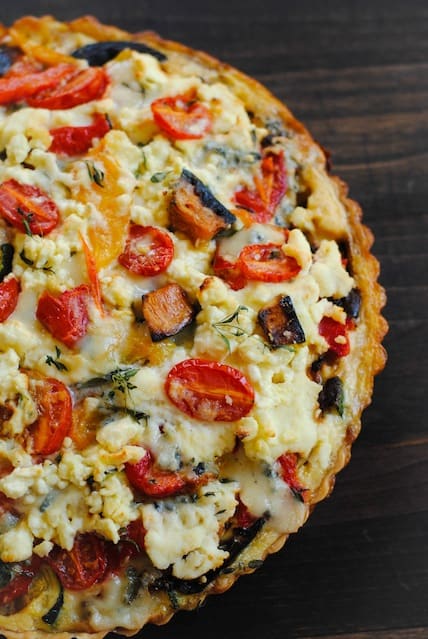 Background: This is a cookbook I bought and still love for the beautiful food photography.  This is the fourth recipes I’ve tried from this book. With the exception of the fairly straightforward Asparagus Mimosa, every recipe I’ve tried so far has been exceptionally time consuming. Lots of steps, lots of time in the kitchen.
Outcome: Really, really tasty. As advertised, it is very full (absolutely packed) with vegetables – there’s a different flavor and texture in every bite. It’s also absolutely gorgeous, even though I basically charred the eggplant and sweet potato to a crisp in the oven (the directions were a little off for that step). It’s an elegant vegetarian meal that I’m confident almost anyone would enjoy. 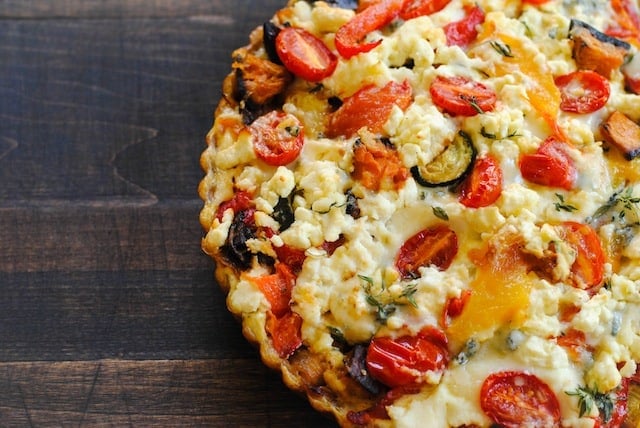 What I Liked: The flavor and the beauty.
What I Didn’t: Oh, Plenty. I want to love you unconditionally, but I can’t. Your recipes are needlessly complicated. Your instructions read more like a novel than a cookbook, using long, meandering paragraphs.
For this recipe alone, I had to roast bell peppers for awhile, then add eggplant to the oven later, then add sweet potato to the oven after that, then add zucchini to the oven after that (ridiculous). I also had to cook onions on the stovetop, as well as pre-bake the tart shell (at a different oven temp than used to roast the vegetables). Add in all the other little steps, like making the custard, peeling/chopping the veg and herbs, crumbling the cheese, and giving the assembled tart a final bake, I kid you not – this took me upwards of 2 hours to make. Come on.
Also, if you make this, beware: the custard recipe calls for 2 eggs and 1 cup heavy cream. But by the time I loaded the tart shell with the vegetables (and I used small versions of every vegetable called for), I could only fit half of the custard into the shell. So, I basically wasted 1 egg and 1/2 cup cream (that stuff isn’t cheap, yo!). 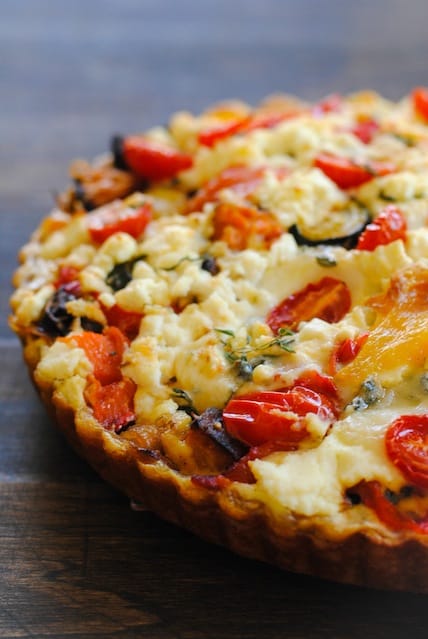 Are you a fan of Plenty? What recipes have you tried from the book, and how did they turn out?

All entries in the “Cook The Book” Series: