Culinary School Lesson: How To Tame An Onion’s Bite 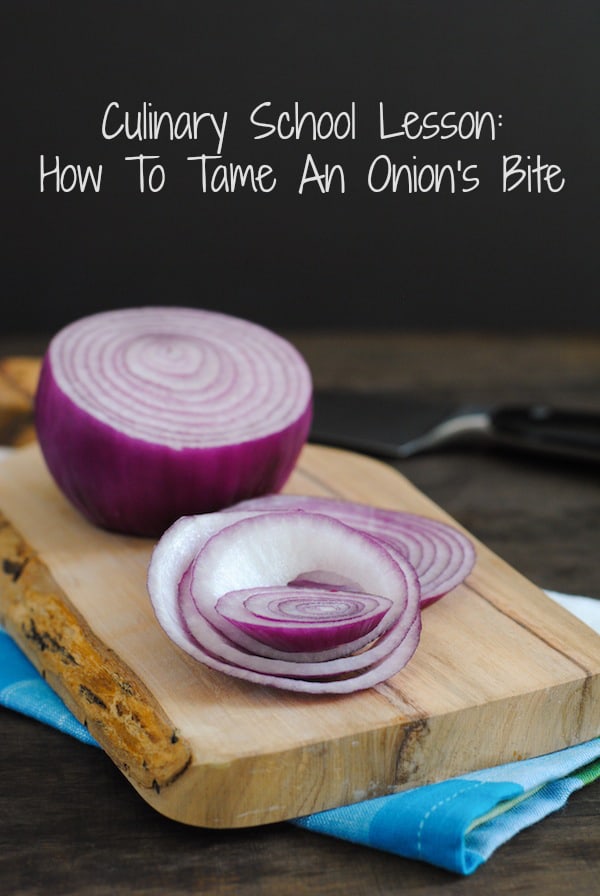 I have a love-hate relationship with red onions. My grocery store sells the most amazing chicken salad sandwiches. They’re made with just a few simple ingredients – chicken, celery, dried cherries, red onions and mayonnaise. Thinking that since I knew all the ingredients, I could save a ton of money by making them myself at home, I gave it a try. And another. And a third. The problem each time? The harsh flavor of the red onion overpowered everything else in the sandwich, even as I used it in smaller and smaller amounts in each batch. The whole thing just tasted like, well, an onion salad sandwich. And it left my breath in a sad state of affairs for hours afterward. 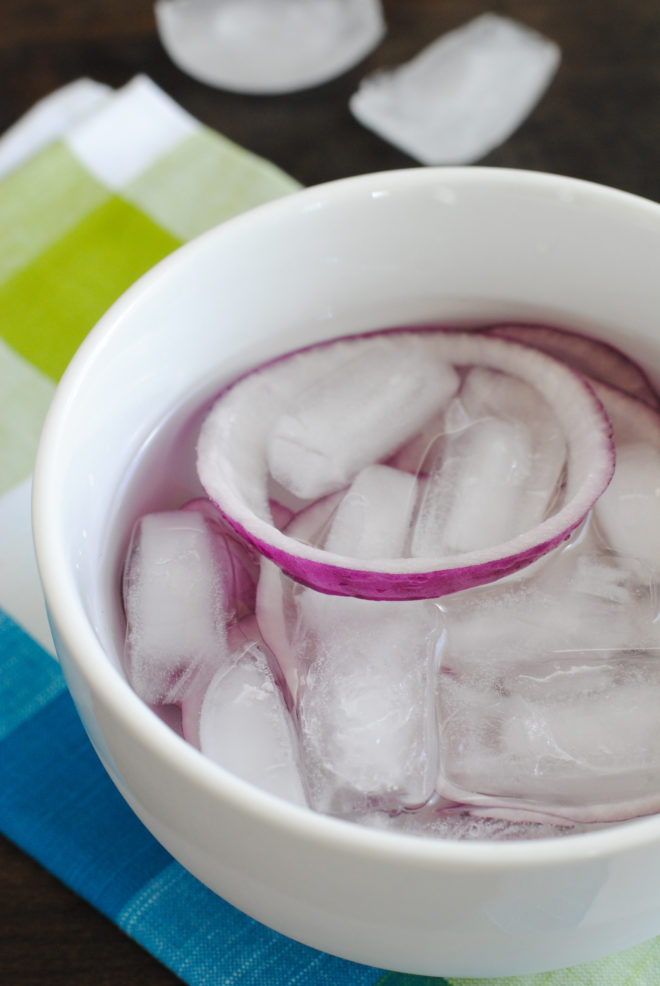 My struggles came to an end in culinary school. For several of my classes, the students were in charge of running the restaurant at the front of the school. One of the most boring (but necessary) tasks was prepping salad ingredients, as every meal came with a simple salad. We were instructed to peel and thinly slice red onions, and then soak them in a big bowl of ice water. They needed to stay in the water at least 10 minutes, but they could really sit in there for several hours while you finished the rest of your daily tasks, if you wanted. After their soak, the onions were drained, patted dry and refrigerated until lunch service started.

I’ve had hundreds (thousands?) of simple restaurant side salads in my life, but none are as good as the ones at my school. The harsh bite of the red onion was completed tamed by the cold water. Just the complementary, but not overpowering, flavor of the onion came through, without that burning feeling in your mouth and nose. Better yet, there was no terrible onion aftertaste for the rest of the day. 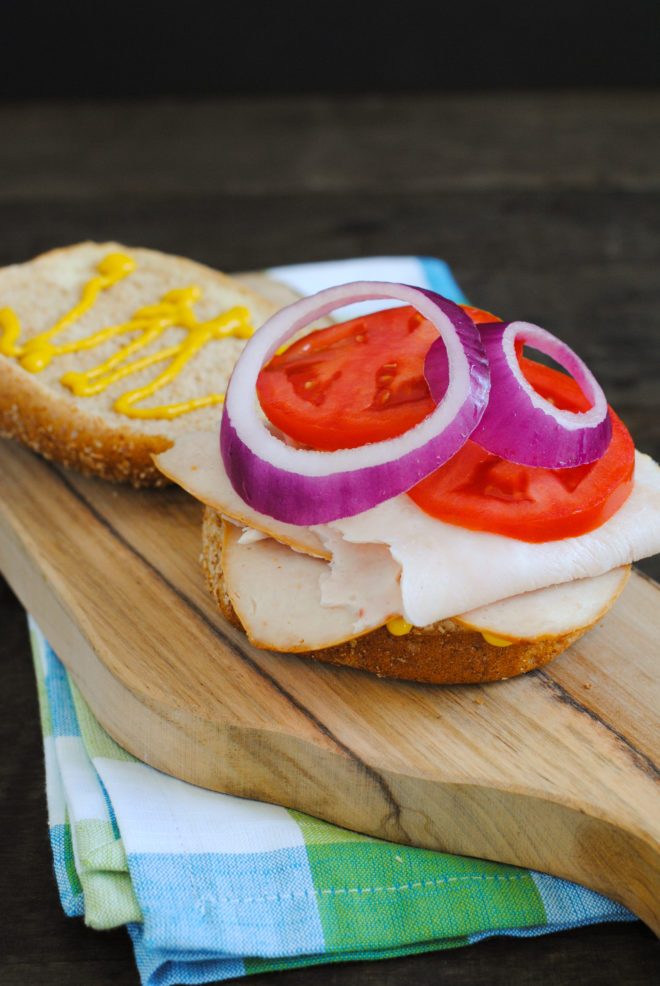 My immediately improved chicken salad sandwiches were all the proof I need, but if you want to get into the science of it, it’s simple: the sulfur compounds that give the onion it’s pungent, harsh flavor will dissipate in the bowl of water, giving the resulting onion a more mellow flavor. What’s even better is that when you use cold water, the onion remains super crunchy. In fact, if you have a slightly older onion that is getting a bit soft, the cold water will make it crunchy again. Two benefits for the price of one!

Try this trick for salads, sandwiches, tacos, or any dish where you want a little flavor of onion but don’t want that to be the only flavor you taste.

2 comments on “Culinary School Lesson: How To Tame An Onion’s Bite”