Hoppin’ John for the New Year 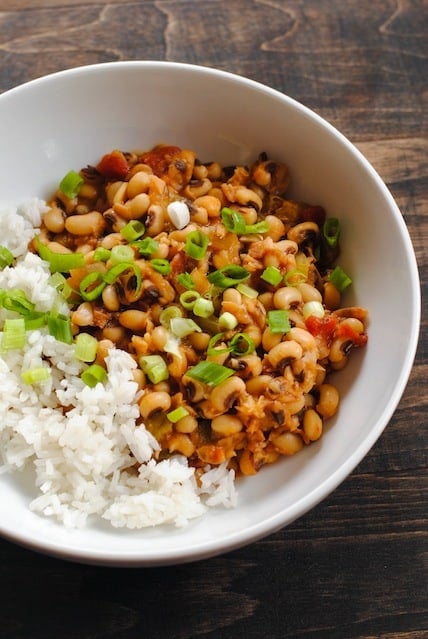 Do you make or eat any lucky foods for the New Year? There are so many food traditions around the world associated with bringing luck to the coming year. In Spain, people eat 12 grapes at midnight. 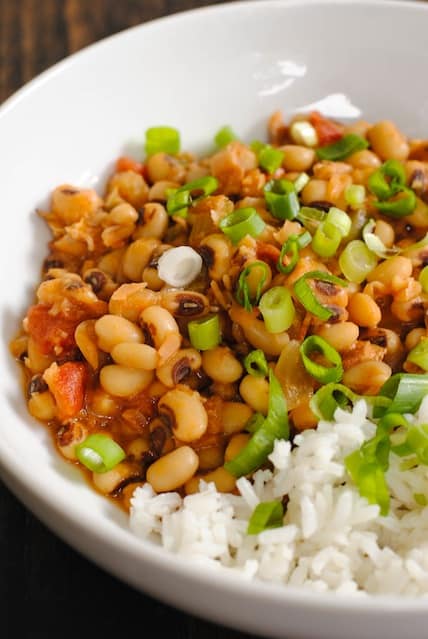 In Japan, long buckwheat soba noodles are eaten at the New Year. The noodles symbolize life – the longer the noodles are, the longer your life will be. Make sure you eat them carefully so you don’t break any noodles!

And in the American South, eating black-eyed peas on New Year’s Day is said to show humility, thus inviting good fortune. It’s also been said that the peas resemble coins, another allusion to a prosperous year ahead.

A dish called Hoppin’ John is one of the most popular ways to eat black eyed peas. A thick bean stew made with smoky bacon, the Cajun holy trinity of vegetables, tomatoes and some spicy seasoning. Put this on to simmer on New Year’s Day, and relax for awhile while it cooks.

Serve with rice, and look forward to prosperity in 2014!

2 comments on “Hoppin’ John for the New Year”