I’m thinking I should re-name my blog Foxes Love Tomatoes for the month of August each year. And maybe part of September. Because I’m full-on tomato crazed. All the time. The more, the better. I actually have several friends who hate tomatoes, and I’m not even mad at them. Because the less they eat, the more tomatoes there are for MEEEEEEEE. 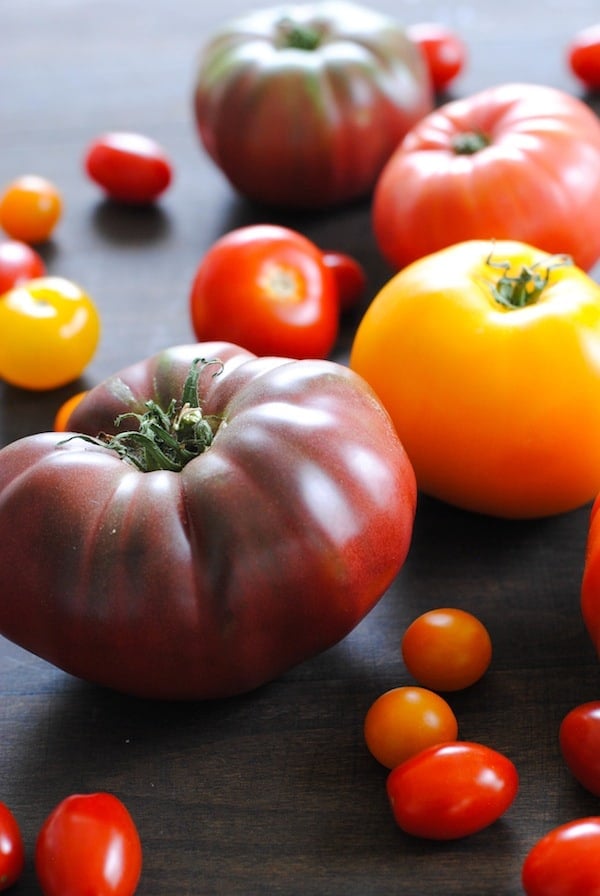 I knew I wanted to use heirloom tomatoes to make this a visually stunning tart. However, they were a little bit harder to find than I was expecting. My farmer’s market didn’t have any the week I needed them, and I had to stop by several grocery stores to find enough for this recipe. Was it worth it in the end? To be 100% honest, I don’t think so. While the heirlooms are beautiful, to be sure, they’re twice the price as normal tomatoes, and honestly, they taste just about the same. To me, a yellow tomato with red stripes just tastes like a regular tomato. Use whatever tomatoes you’d like for this tart, just as long as they’re in season and nice and ripe. 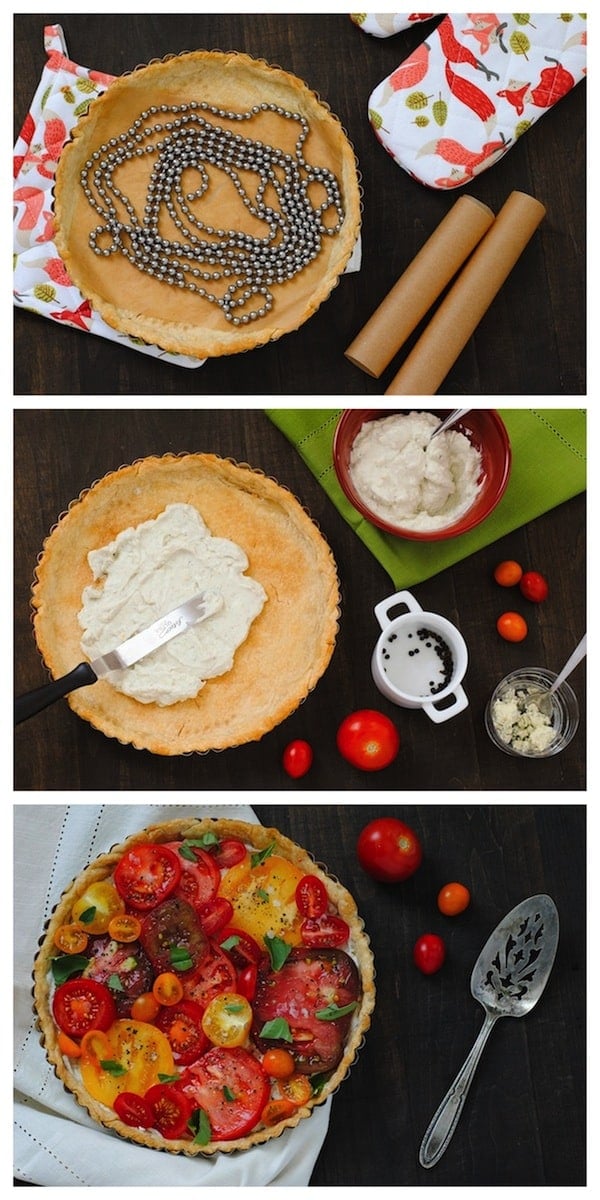 This is a very simple tart that can come together in about 30 minutes, if you’re lazy/cool like me and use refrigerated pie crust. While the crust is blind baking in a tart pan, you can stir together a simple filling of ricotta and blue cheese. Add a touch of lemon zest to balance out the richness of the cheeses. Slice up a bounty of tomatoes. Let the empty crust cool just a few minutes, then spread it with the cheese mixture and layer the tomatoes in. Garnish simply with torn basil, sea salt and cracked black pepper. Slice, serve and savor the all-too-short tomato season. 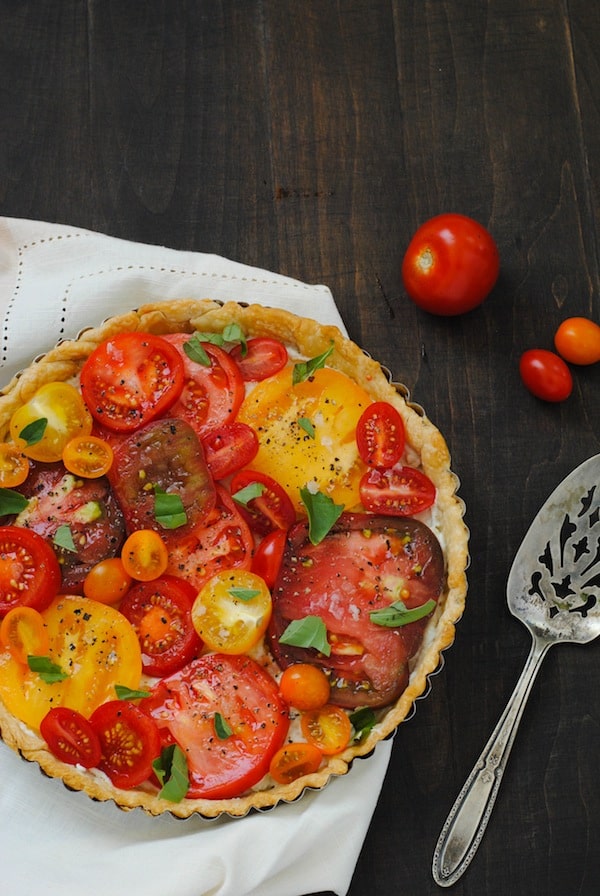