What I Learned In Culinary School, Part 3

I’m back with the final installment of “What I Learned In Culinary School” (check out Part 1 and Part 2 if you missed them!). Since I’ve already had a long day in the kitchen doing recipe testing, I’ll just go ahead and jump right into it. While this is the last installment of this list, I will be back in the future with some specific things I learned (ones that pertain more to a certain recipe or technique rather than general kitchen tips). 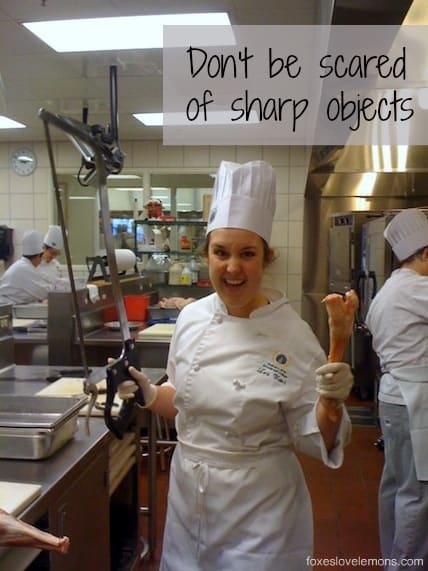 I know a lot of people are scared of cutting themselves in the kitchen. Sure, I’ve nicked myself a few times, and once even had to get some stitches for a more serious cut. But those times where I hurt myself can be blamed on one of two things (or both): a dull knife, and not paying attention. You’re probably about 500 times more likely to cut yourself with a dull knife than a sharp one. Why? Because with a dull knife, you have to exert more pressure to try to cut whatever it is you are cutting. More pressure means there’s more chance the knife will slip, and hit your fingers instead. A razor-sharp blade will just glide through the food you’re chopping, and you’ll be safe. Also, don’t try to look up at the clock or see if your pasta water is boiling when you’re cutting things. Just stop the knife and take a look instead. Especially if you’re using a hacksaw to cut a leg of lamb in half. You know, if you do that at home. 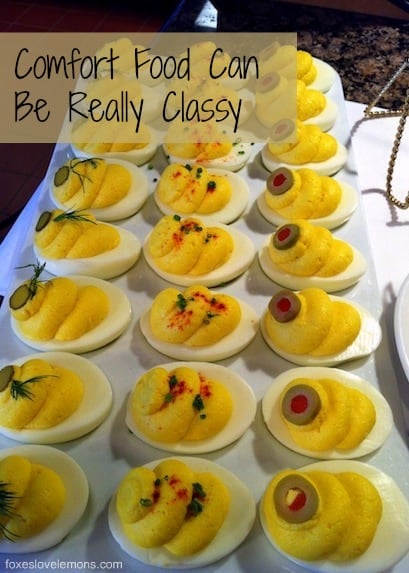 Look, I LOVE comfort food. But sometimes, it just doesn’t feel fancy enough to take to a party or make for a special occasion. But you know what? No matter what it is, you can probably make it look fancy and still taste just as delicious. Envision your favorite comfort food classic, and then think about little tweaks you can make to class it up. Meatloaf? Maybe try baking it in small muffin tins, so each person would get a cute individual serving instead of one ugly loaf. Macaroni and cheese? Add something special, like roasted red peppers or even lobster. Go to the fancy cheese counter at the store and ask for a nice melting cheese instead of just using good old Kraft. And just look at those deviled eggs. All it took was 10 minutes and a piping bag, and they look like something you would eat at a fancy cocktail party rather than a casual potluck. 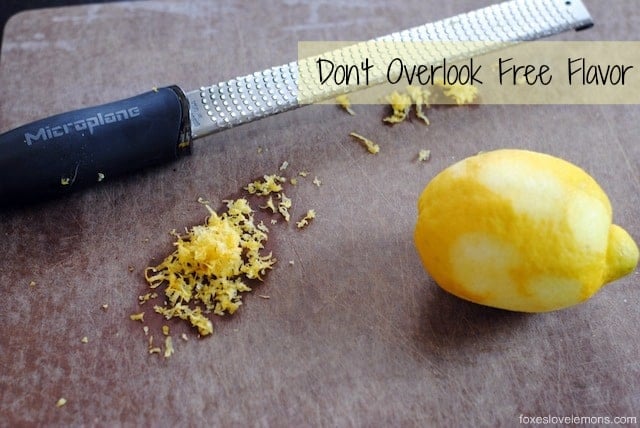 This is one of my favorite tips. Zesting a lemon, lime, or orange before you juice it, and then using that zest in whatever dish you’re using the juice in is a great everyday tip, and may seem obvious. But the light bulb really went off for me when I was in school, and I was making a risotto that was going to be topped with sauteed shrimp. We were using fresh shrimp, shell on/tail on. So, we were obviously going to have to peel the shrimp before cooking them. The chef saw a classmate and I tossing the shells in the trash, and he came running over screaming “NONONONONONONO NO!” He told us we were throwing away free flavor. Instead of pitching those shells, he dumped them all in the pot of vegetable stock that was heating on the stove, and that we were going to be using to make our risotto. Now we just had to simmer it awhile and then pass it through a strainer, and we had shrimp stock, which was even better than what we started with. And it cost nothing!

So now, when I’m in my home kitchen and I’m about to throw something away, I take a moment to see if there’s some other way I can eek some free flavor out of it. It’s a great strategy for almost all seafood shells and meat bones. Veggie trimmings can also be saved to make a free homemade vegetable stock. And always always always zest your lemons. Just as a favor to me. Even if you’re not going to use the zest right away, it freezes really well! 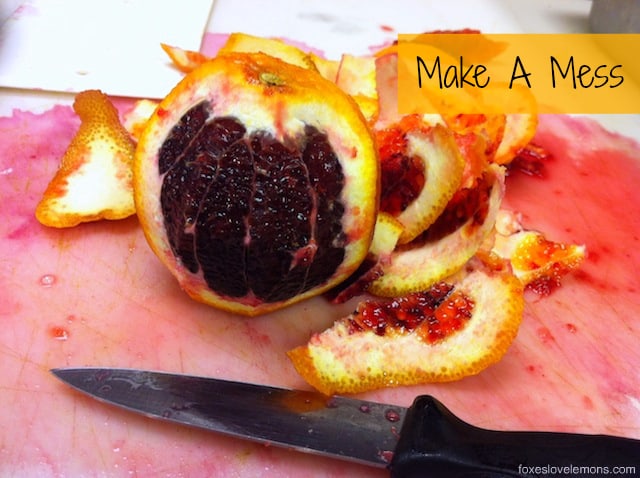 Don’t be afraid to get your kitchen dirty. It can always be cleaned. Kitchens aren’t meant to be showplaces unless you live in a model home (which makes me think of Arrested Development. But even the Bluth family used the Cornballer once in awhile). Kitchens are meant to be used. Even if you’re butchering a blood orange while humming the Dexter theme song. But if you’re making a mess…

You’ll save yourself a lot of stress if you learn to constantly clean up after yourself. Once you get the hang of it, it becomes habit. We were never allowed to have messy stations at school, so we were constantly running dishes to the dishwasher. We also always kept a wet rag nearby to wipe down our stations. Constantly. While I take a little more lax approach at home, one trick I do like is to grab a baking sheet and keep it near you while you’re doing prep work and cooking. As you dirty up dishes and utensils, put them on the baking sheet. Instead of running back and forth to the sink, you’ll have everything corralled on that baking sheet, and you can just make ONE trip to the sink.

My rule is that as soon as that baking sheet is full, I must stop what I’m doing and do some dishes. Sometimes I don’t want to, but I always make myself do it, because I know it’ll mean that when I’m done eating the delicious meal I’ve prepared, there won’t be a mountain of dishes waiting for me. Maybe just a few. And that’s a lot more tolerable than a full-on mountain.

39 comments on “What I Learned In Culinary School, Part 3”