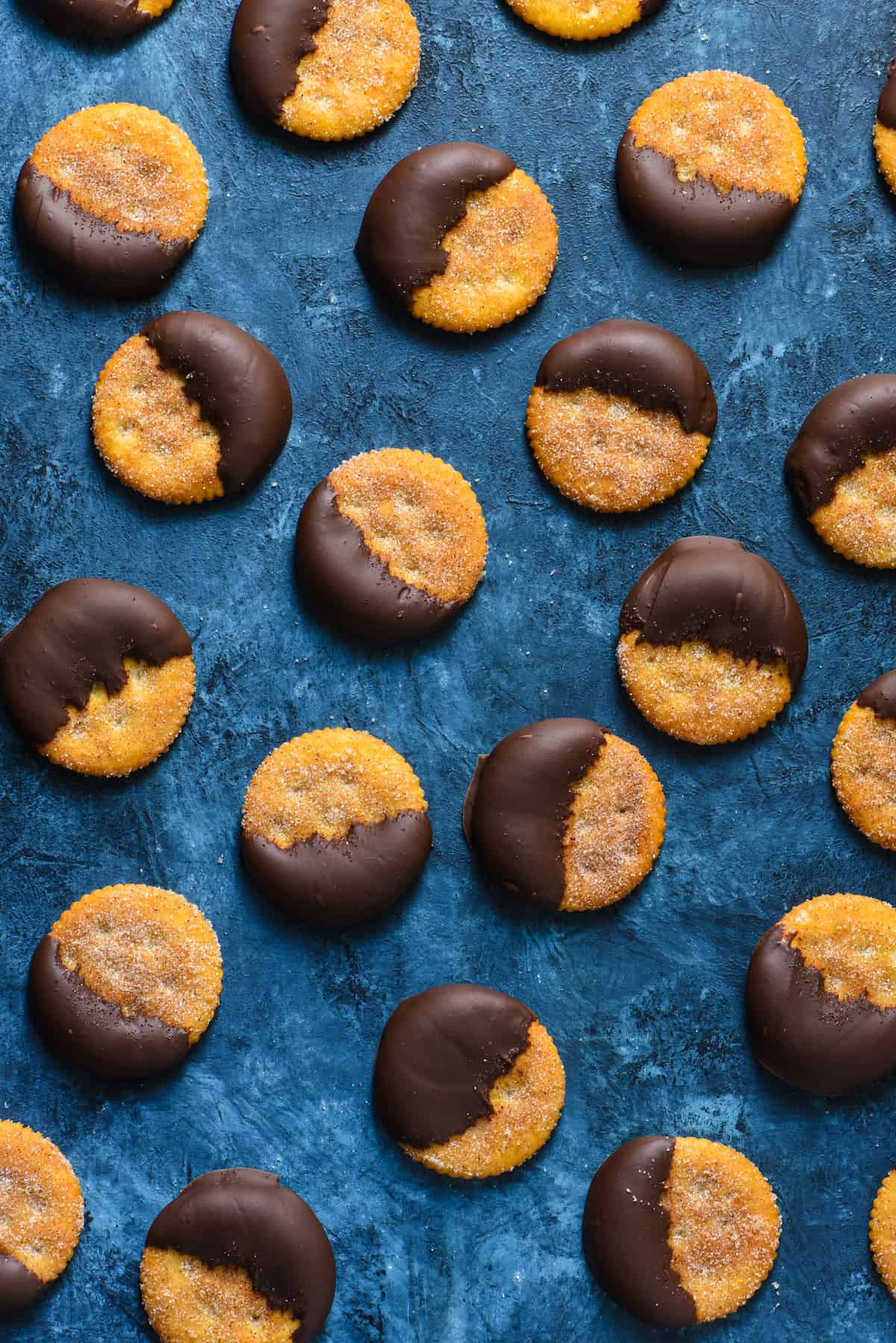 Do you guys watch “Better Call Saul”? While “Breaking Bad” is definitely one of my favorite shows of all time (I’ve watched it all the way through three or four times now), it took me a little while to warm up to the spinoff. Unlike a lot of “Breaking Bad” fans, Saul Goodman was actually never one of my favorite characters. Sure, he provided a bit of comic relief in what could otherwise be a pretty dark show, but I also found him annoying. So, when my husband was excited for “Better Call Saul,” I wasn’t so much. He watched the first season while I glanced at magazines and catalogs, and it was saul good, man <— see what I did there? 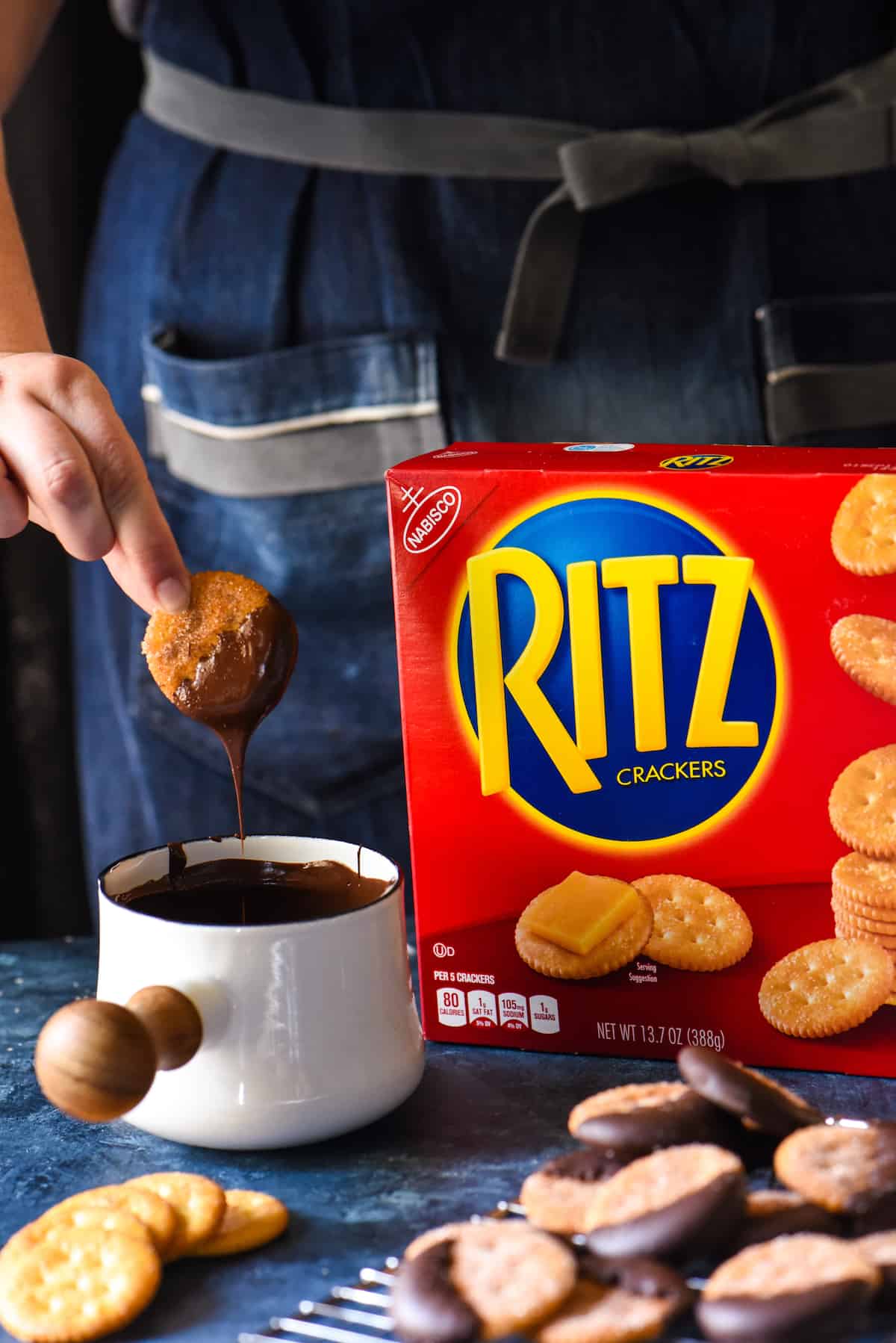 But somewhere during season two, I found myself watching the show more and more (or maybe I just ran out of magazines). I started to really appreciate the callbacks (or are they “call forwards,” since BCS has flash-forwards set in the time after BB ends?), such as Saul working at a cinnamon roll shop in Omaha under witness protection. And I won’t lie: all those shots of perfectly glazed cinnamon rolls give me a hankering for a cinnamon-laden snack. But since BCS airs at 10pm on Monday nights, real-deal cinnamon rolls are out of the question at that time. 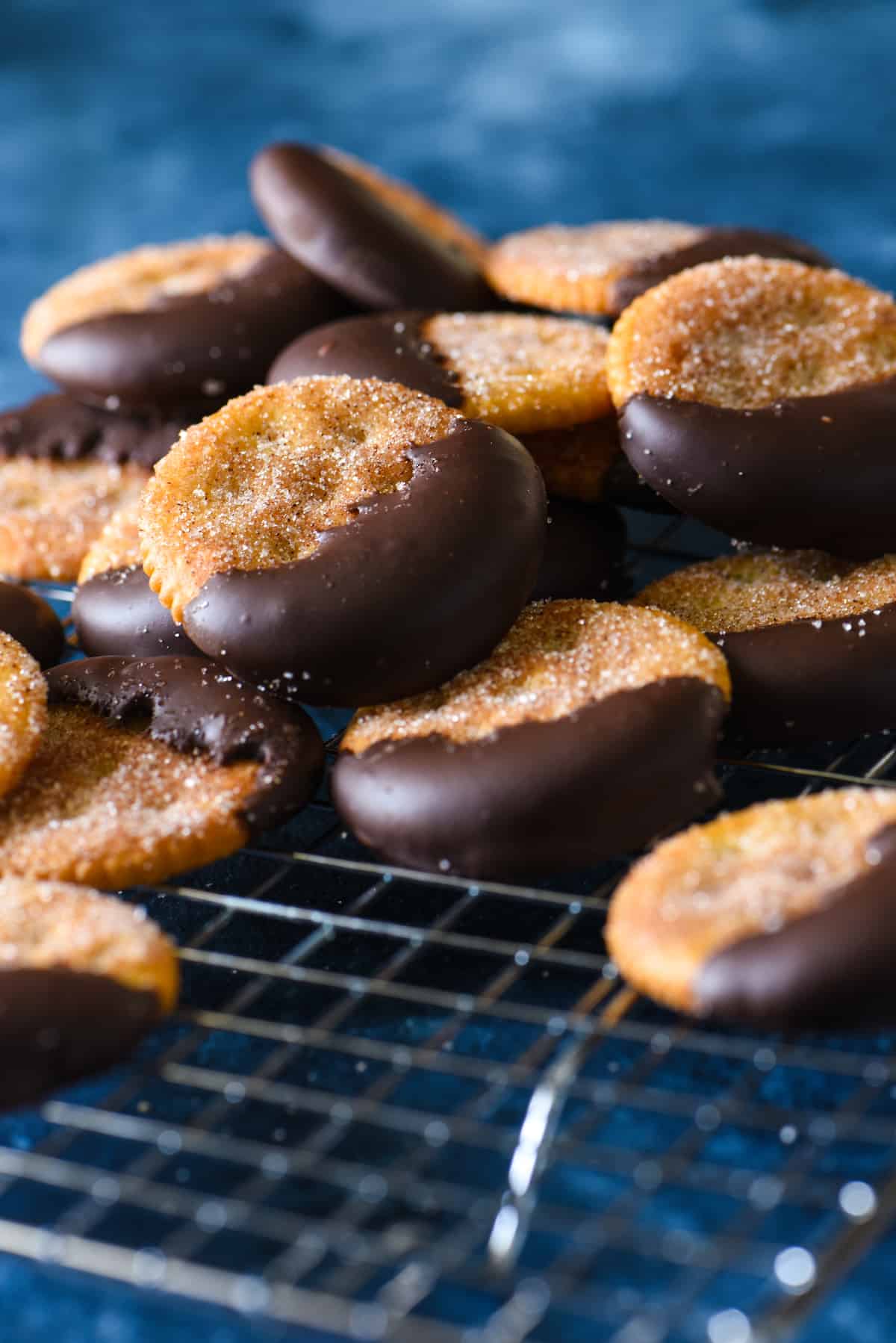 What I need for a “Better Call Saul” snack is something easy and fun. One of my favorite cinnamon treats is a churro, a fried-dough pastry that is often sprinkled with cinnamon sugar. But yeah, I’m not going to be frying dough on Monday nights. Instead, I’ll grab RITZ Crackers. Classic RITZ Crackers have an amazing buttery taste that is perfect for pairing with savory toppings or simply eating on their own. But I’ve found that they also pair well with sweet ingredients like sugar, cinnamon and chocolate. 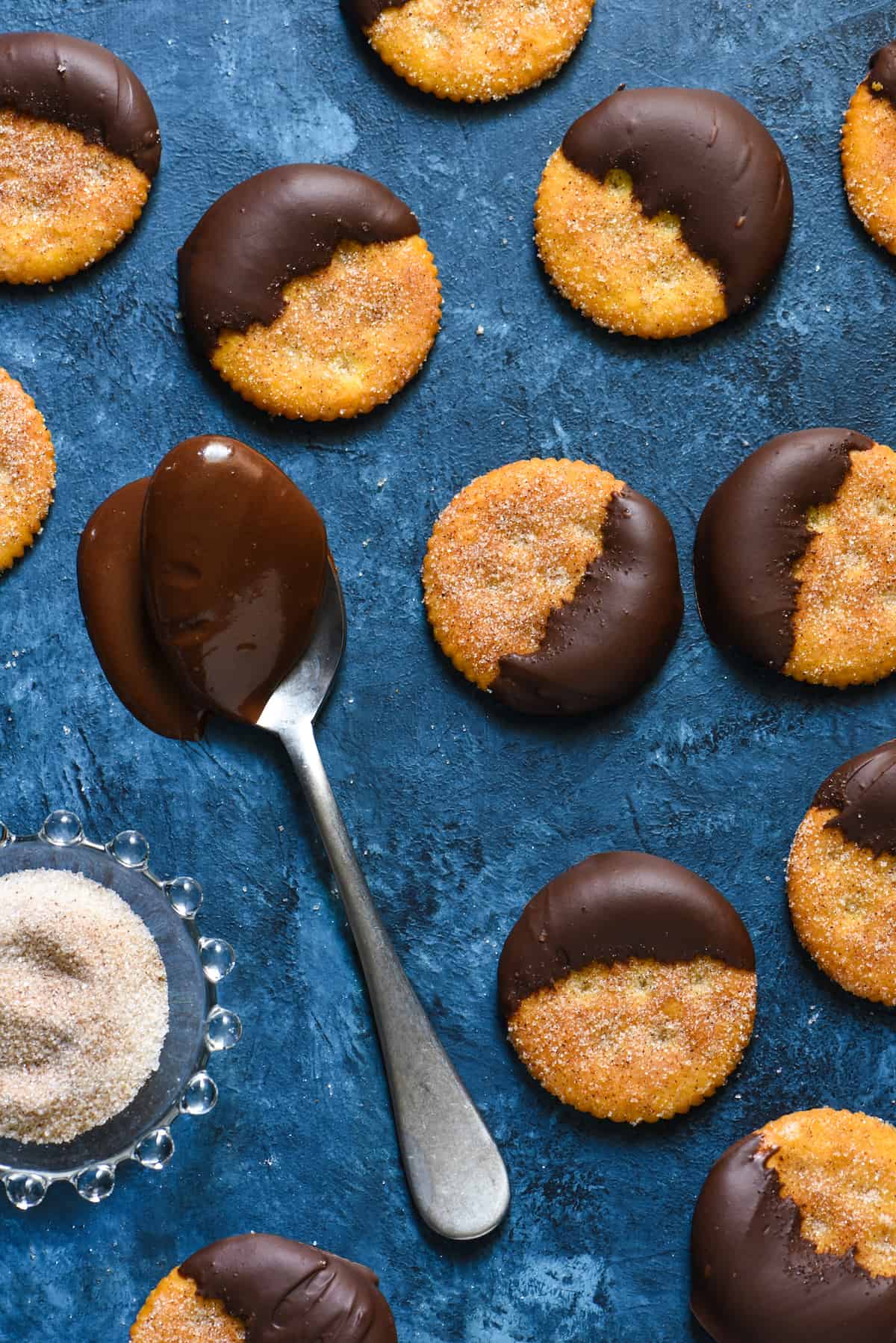 To make these Easy Churro Cracker Snacks, simply brush the RITZ Crackers with a bit of melted butter and then generously sprinkle them with cinnamon sugar. And because churros are often served with melted chocolate, why not give these treats a dunk in some melted chocolate? Yes and yes.

I know you’ve got the stuff to make a Ritz treat, too. Leave a comment below telling me how YOU would use RITZ Crackers to celebrate the return of your favorite show! 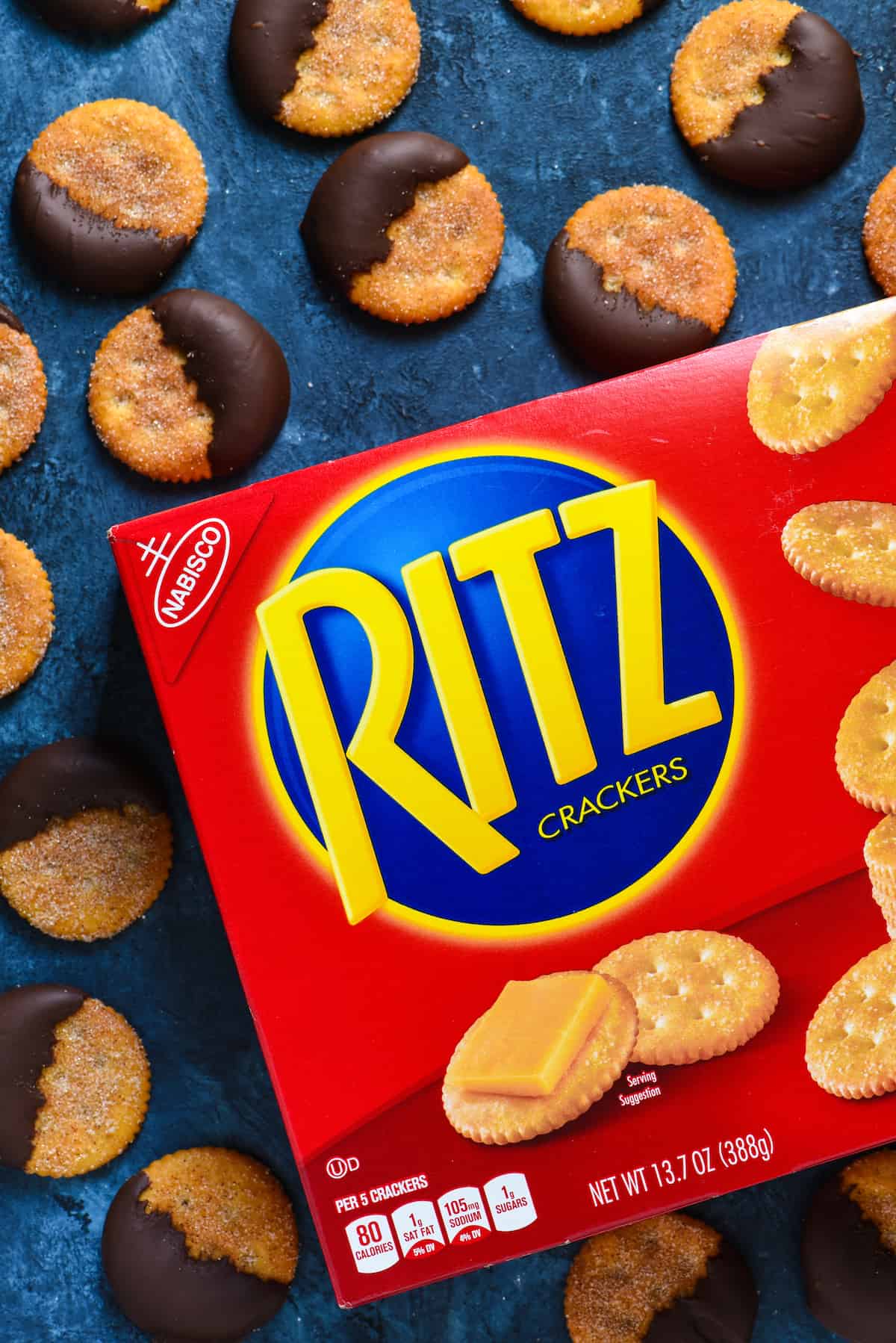 Disclosure: This was a sponsored post written by me on behalf of RITZ Crackers and POPSUGAR. Sponsored posts help me pay for the costs associated with this blog (groceries…lots of groceries), and help support me as I pursue a career in recipe development and food photography. All opinions are 100% my own.