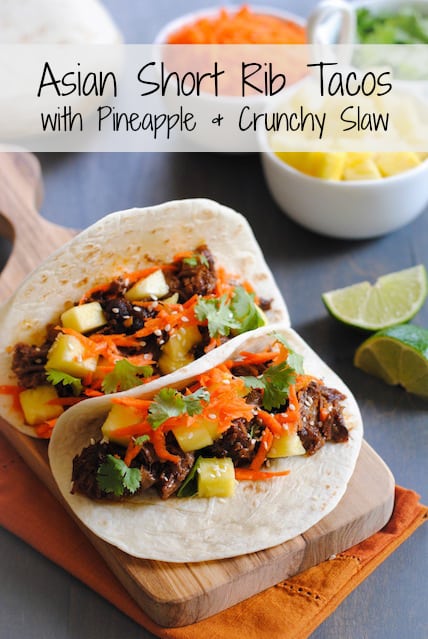 I’ve mentioned it before, but seriously, I eat homemade tacos for dinner every single (or darn near every single) Saturday night. Allow me to explain my longest-running food tradition to you. #warning #itslong

The tradition began before I was even born. My parents played tennis with friends on Saturdays, and tacos were an easy and cheap way to feed a crowd at the end of the day. The tennis playing waned over the years, but the tacos remained.

At some point, it dawned on me that I would have to find a husband willing to go along with this delicious insanity. Luckily, Jeff didn’t bat an eye when I broke the news that every Saturday dinner for the rest of his life had been pre-determined.

Chopped tomato and shredded iceberg lettuce, tossed together in the same bowl with plenty of salt and pepper. Flour and soft-shell corn tortillas, pan-fried in oil. Coca-Cola Classic on the rocks. 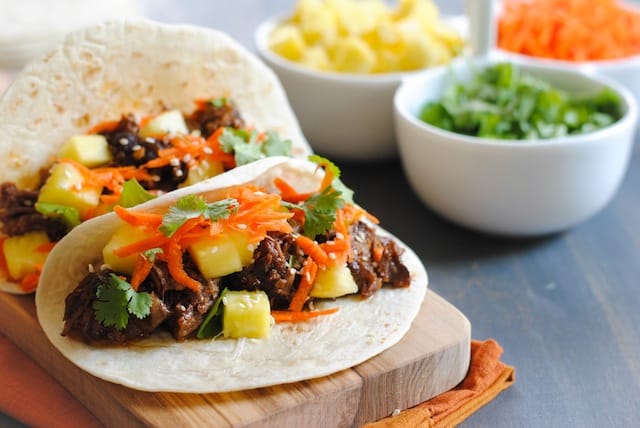 Tacos are a perfect way for families to spend time together in the kitchen. My Mom got me involved as soon as I was old enough to wield a box grater.

She would start the beef, and we would both take turns stirring while it cooked. I shredded the block of cheese while she chopped lettuce and tomato. I set the table, poured the Cokes, and woke Dad up from his nap while she fried the tortillas.

Now that Jeff and I have continued the tradition in our own home, I’ve taken over most of my Mom’s old duties, and passed most of my previous duties (including the monotonous cheese-grating task) on to Jeff. 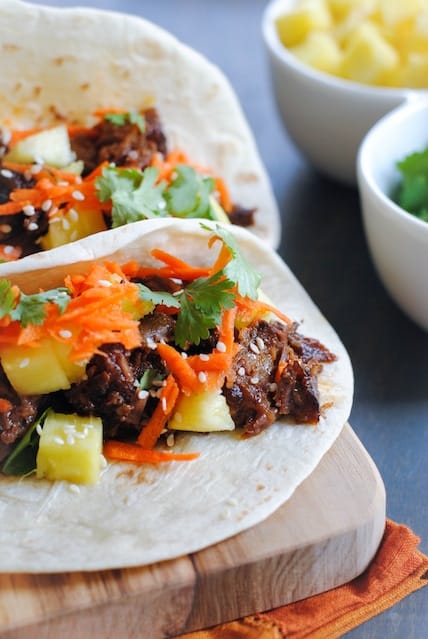 Did I ever eat an Asian taco growing up? Absolutely not. Or a mushroom taco, for that matter. But since taco night is moving from Saturday evening to Sunday Supper this week, I figured I’d give the tacos a new spin, just this once.

Inspired by some great Korean short rib tacos I’ve eaten from food trucks, these tacos utilize short ribs simmered in a slow cooker with a variety of Asian flavorings, like the gochujang I’m still trying to use up. I topped them with a crunchy carrot and cilantro slaw and juicy, sweet pineapple.