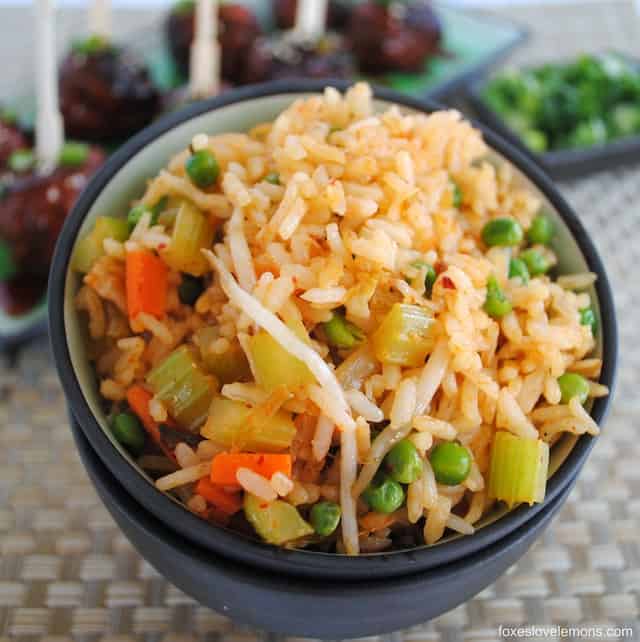 What goes well with Spicy Korean-Style Gochujang Meatballs? A little bit of Kimchi Fried Rice. What is kimchi? Well, according to Wikipedia:

Kimchi (Korean: 김치 Korean pronunciation: [kimtɕʰi]; English pronunciation: /ˈkɪmtʃi/), also spelled kimchee, kim chee or gimchi, is a traditional fermented Korean dish made of vegetables with a variety of seasonings. It is Korea’s national dish, and there are hundreds of varieties made with a main vegetable ingredient such as napa cabbage, radish, scallion, or cucumber. 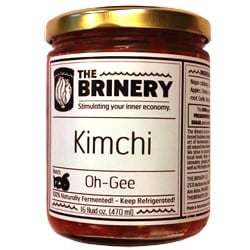 My definition of it: extremely funky cabbage stuff. I had had a few bites of it at restaurants like Green Dot Stables, that pairs kimchi with peanut butter on their Korean slider (weird, but good). I had noticed and admired jars of it (from The Brinery) in various Ann Arbor gourmet food shops for a long time before I finally took the plunge and bought a jar. And then I was too terrified to use it for a few months. Which is fine, because it has a really long shelf life, since it’s already fermented and all.

Well, when I finally started experimenting with it, the first thing I noticed is that when you open the jar, you’re in store for an extremely funky smelling kitchen. Seriously, every time I open the jar, I kind of want to die for a few moments. The smell is just so strong. So funky. But, once you get past that, this stuff tastes really great. It’s tangy and sour and unique. I’ve discovered that I enjoy it best in fried rice. Here’s a recipe for a version I made recently. I left out the scrambled eggs (which is kind of traditional in fried rice, and you could add them here if you want), but I added some bean sprouts that I had left over from my Thai Curry Chicken Noodle Soup.

Has anyone else tried kimchi? Were you scared of it at first, like me? Let me know what you think in the comments! 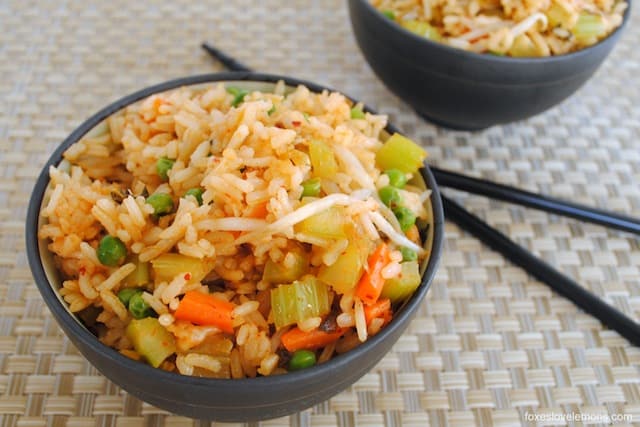 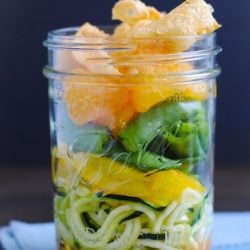 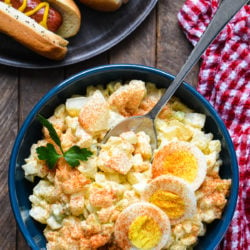 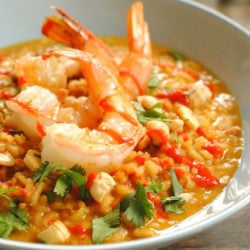