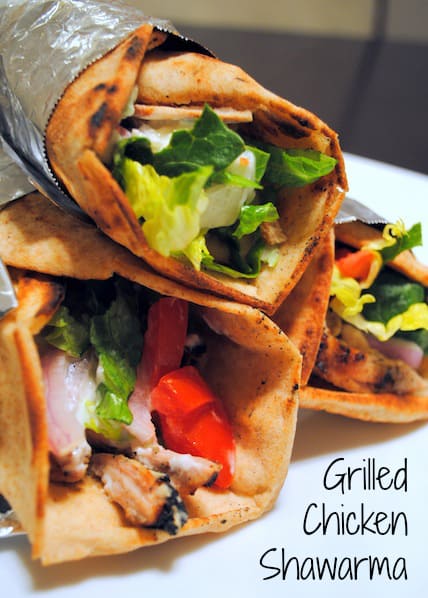 A little known treasure trove for awesome recipes is Men’s Health magazine. Sure, if your household subscribes, you’ll be subjected to issues with half-naked Adam Levine (ugh) on the cover. But, if you can get past that, you’re in store for some GOOD recipes. The magazine’s recipe developers really excel at making healthier versions of food that just downright tastes great. 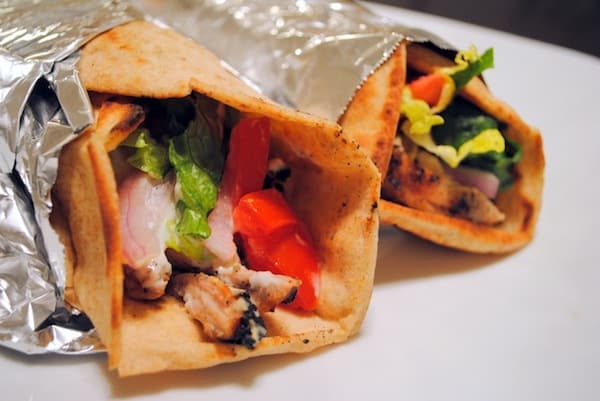 Because of an obsession with Detroit’s Bucharest Grill chicken shawarmas, my husband and I immediately noticed the Grilled Chicken Shawarma recipe in the May 2012 issue. We ripped it out and then promptly forgot about it. But, better late than never. We made this last week, with a few modifications, and it rocked my socks off. I declared that I liked it “better than Bucharest!” which made Jeff roll his eyes. But in a way, I really did like it better. It was MUCH less greasy (well, it wasn’t greasy at all). And I love tangy Greek yogurt in just about anything, so the yogurt sauce in place of the garlic spread at Bucharest (which can ward off vampires for days) really did it for me.

Don’t get me wrong, when I’m downtown for a Tigers or Red Wings game, you’ll still find me at Bucharest. But the rest of the year, you’ll find me at home, making these. 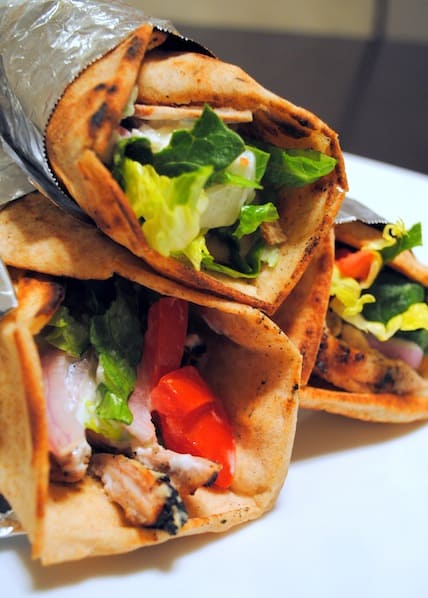