Impress your guests this holiday season with these Pumpkin & Brie Crostini with Candied Nuts. They look totally fancy, but they’re 100% achievable for home cooks of all levels!

You might not have been expecting a recipe like this from me this fall, after my admission last year that I don’t really like pumpkin (heck, I made my Halloween food ideas platter using mostly mango).

But some weird part of my personality has a hard time accepting that there could be foods I don’t like. I PRIDE myself on being the least picky eater anybody will ever meet!

So, just like I forced myself to eat one olive per day for a month until I liked olives (really, I did that, and it worked), I also make it a point to try foods I “don’t like” at least once a year.

It’s easy to remember my yearly taste test with pumpkin, because let’s face it: Americans are pumpkin crazed in the fall.

While pumpkin coffee drinks don’t sound appealing to me (yuck, give me an apple cider mule any day, though) and pumpkin pasta sauces are just too much to handle, I settled on a small bite pumpkin appetizer (designed for holiday entertaining) this year (and also discovered that pumpkin creme brulee is quite good).

And it was a small bite paired with lots of things I DO like: brie (yes!), candied nuts (loooove!), toasted bread (what ISN’T great on toasted bread?).

And you know what? I totally enjoyed these Pumpkin & Brie Crostini with Candied Nuts, as did the family and friends I shared them with, as part of my Thanksgiving recipes spread.

The pumpkin flavor and texture is definitely there, but the predominant combination of the melty brie and candied nuts is the hero here.

Heads up – this recipe is really good with puréed butternut squash, too 😉

Tips for making your Pumpkin & Brie Crostini with Candied Nuts a success: 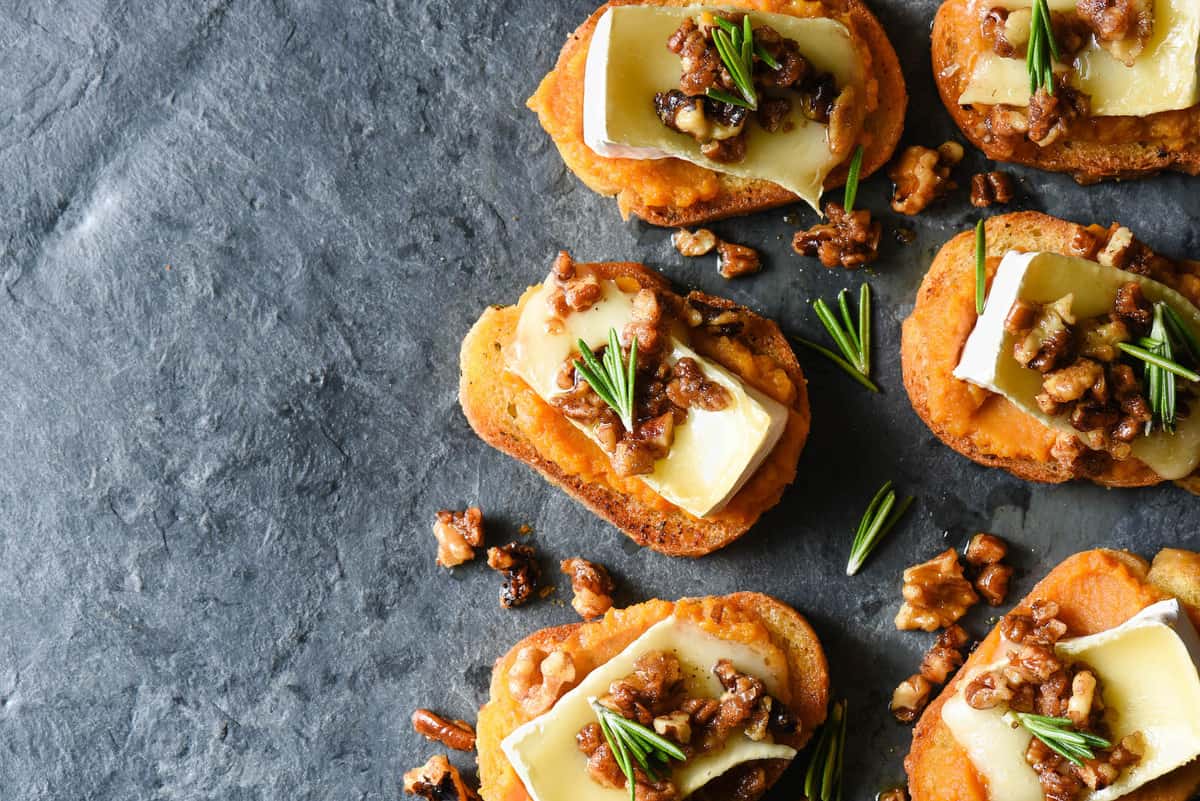 For the Candied Nuts: