These Caramel Apple Pie Moscow Mules are atwist on a classic will take you from summer right into fall. All the best flavors of an apple pie (and caramel!) are added to an ice cold vodka cocktail. 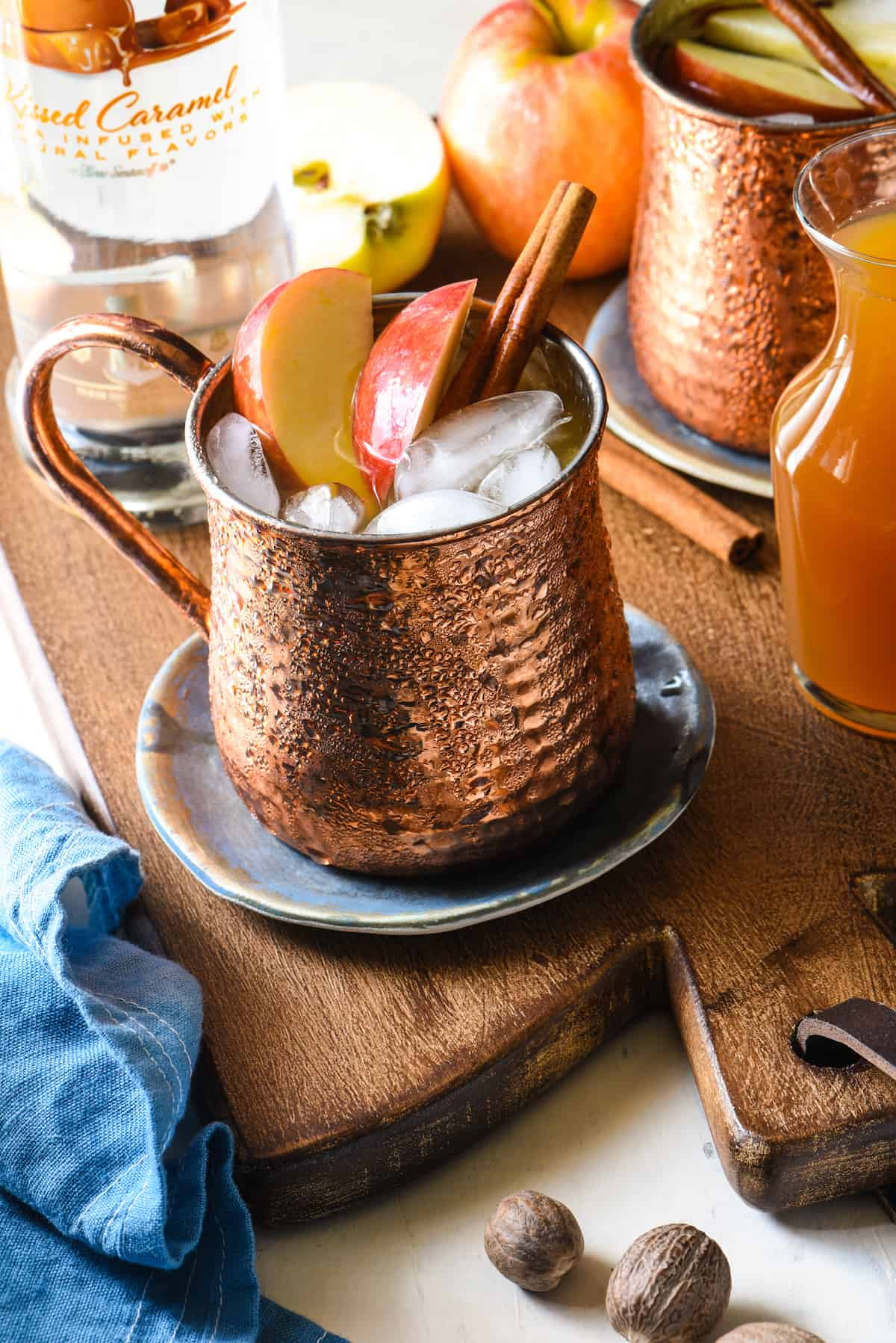 In my house, cocktails are just as seasonal as meals. Summers are spent sipping margaritas and gin and tonics on the front porch, and winters are endured snuggled up on the couch with a bourbon old fashioned. As we transition from summer to fall here in Michigan, I wanted to create a cocktail that will take us from one season right into the next.
I love the bright flavor of a classic Moscow Mule (vodka, ginger beer and lime juice) in the summer. And of course, when I think of autumn, apple pie is one of the first things that comes to mind. 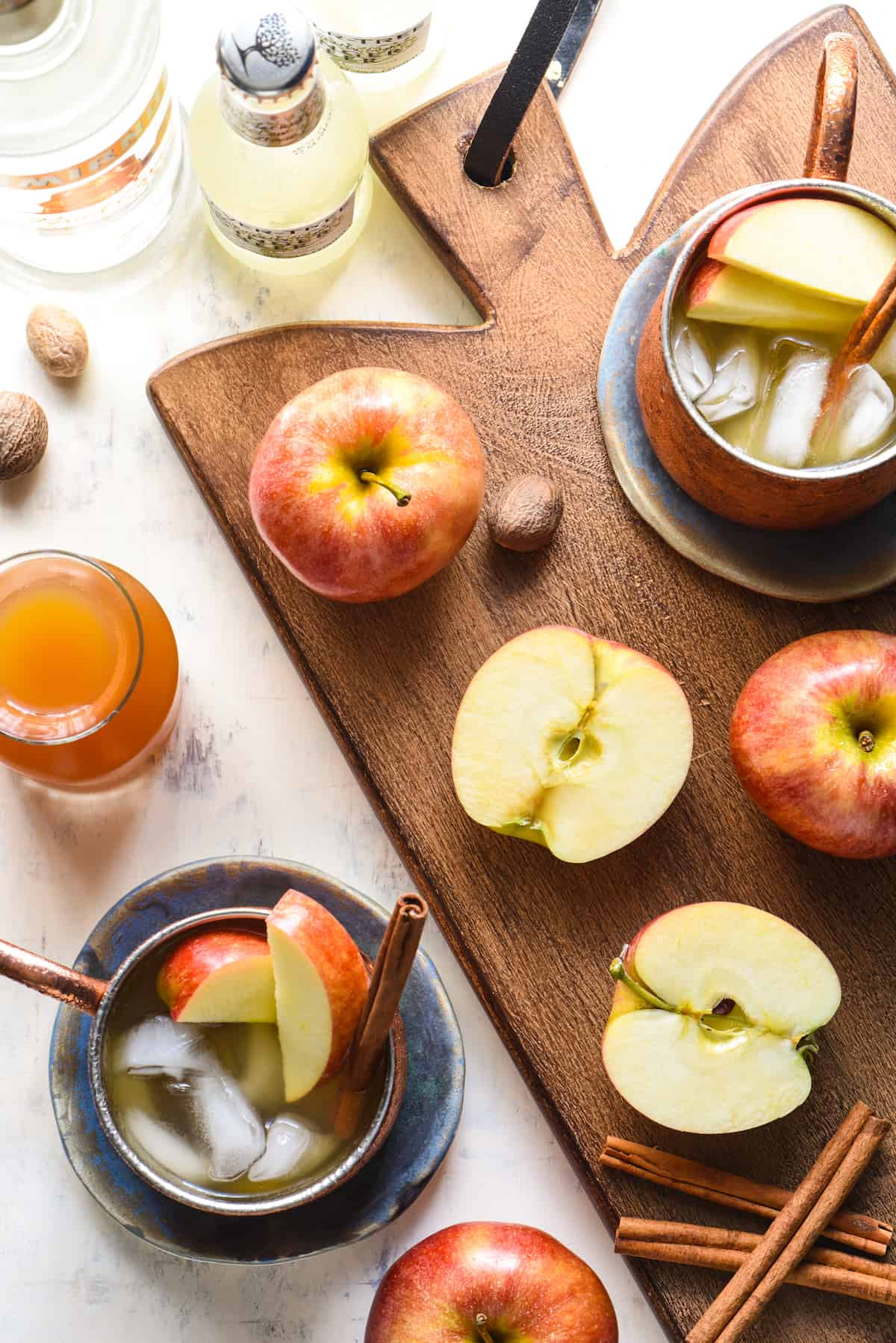 These Caramel Apple Pie Moscow Mules start with a super easy homemade simple syrup that contains the hallmark spices of an apple pie. It’s simply a heated mixture of sugar, water, cinnamon and nutmeg.
Once the syrup is made and cooled, it’s time to make the mules by adding fresh apple cider, ginger beer, and caramel vodka. Or, feel free to use regular vodka for a classic apple pie flavor. Just don’t forget to garnish with fresh Michigan apples for a special touch. 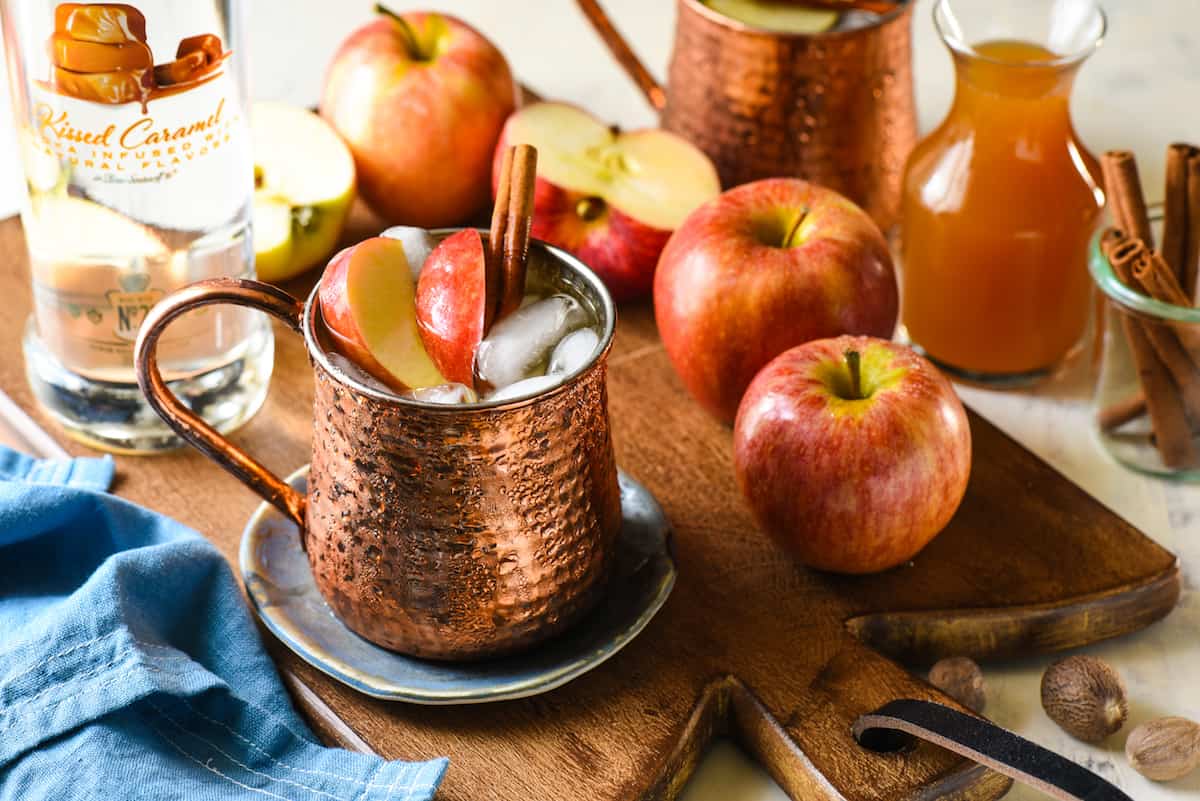 Disclosure: This was a sponsored post written by me on behalf of the Michigan Apple Committee. Posts like this help me pay for the costs associated with this blog (groceries…lots of groceries), and help support me as I pursue a career in recipe development and food photography. All opinions are 100% my own. 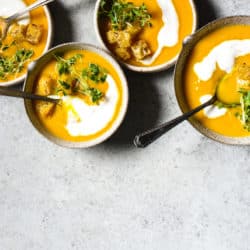 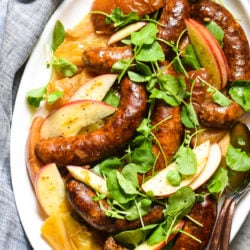 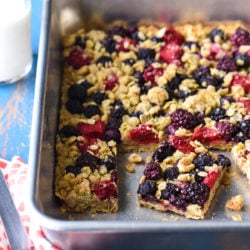