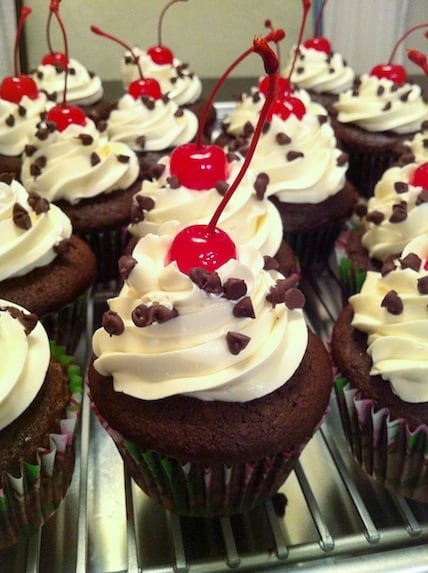 This blog series is called “If I Liked It, Then I Should Have Put A [3] Ring [Binder] On It.” I know, naming blog posts after a 5-year-old Beyonce song makes me a huge loser, but until somebody tells me to cut it out, I’m just going to go with it. The title just means that I try out a lot of recipes from magazines and websites – only the ones I really, really like go into a 3-ring binder to keep for the future and make again.

Recipe: CookiesCakesPiesOhMy’s Black Forest Cupcakes (click to be taken to the full recipe)

Background: My husband sprang on me one night at 6pm that he and his co-workers were, for some reason, having a “German party” (potluck) the following day, and he needed to bring a German dessert. He works for a Germany-based auto parts supplier, so I think somebody was either leaving or coming home from a year or two-long stint in Germany. Being only very vaguely familiar with German food, the only thing that came to mind was Black Forest Cake. A quick Wikipedia search confirmed that this cake did indeed originate in Germany! 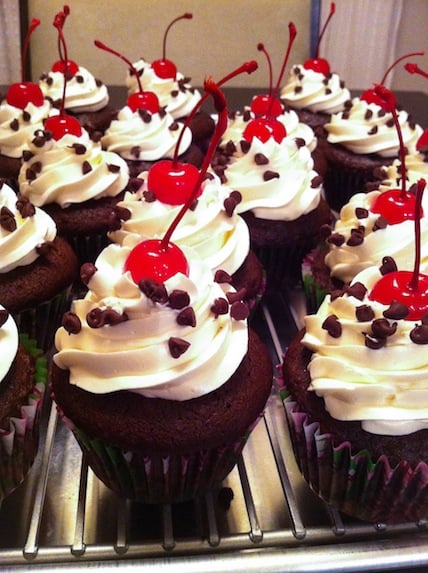 What I Like: I love that the only things I really need to get from the grocery store for these are cake mix and cherry pie filling. I secretly love boxed cake mix, because I’m not baking and pastry-inclined. These couldn’t be simpler, and I didn’t mind whipping these up on short notice at all.
What I Change: I omit the rum extract, because I don’t keep that on hand, and I don’t think these need it. If I’m feeling fancy, I’ll substitute espresso powder to really accentuate the flavor of the chocolate. Also, sometimes (again, if I’m feeling fancy/not lazy), instead of mixing the cherry pie filling into the cupcake mix, I’ll fully bake the chocolate cupcakes just on their own. Then, I’ll hollow out a little hole in each cupcake and scoop some pie filling into it. Then, cover the hole with frosting, and there’s a fun surprise for everybody who eats one!
What recipe have you discovered in a magazine, online or on television that you make again and again? Tell me about it in the comments!
All entries in the “If I Liked It, Then I Should Have Put A [3] Ring [Binder] On It” Series: 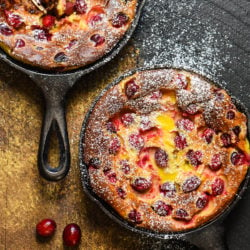 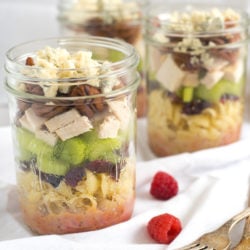 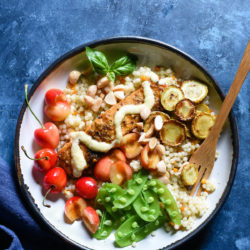