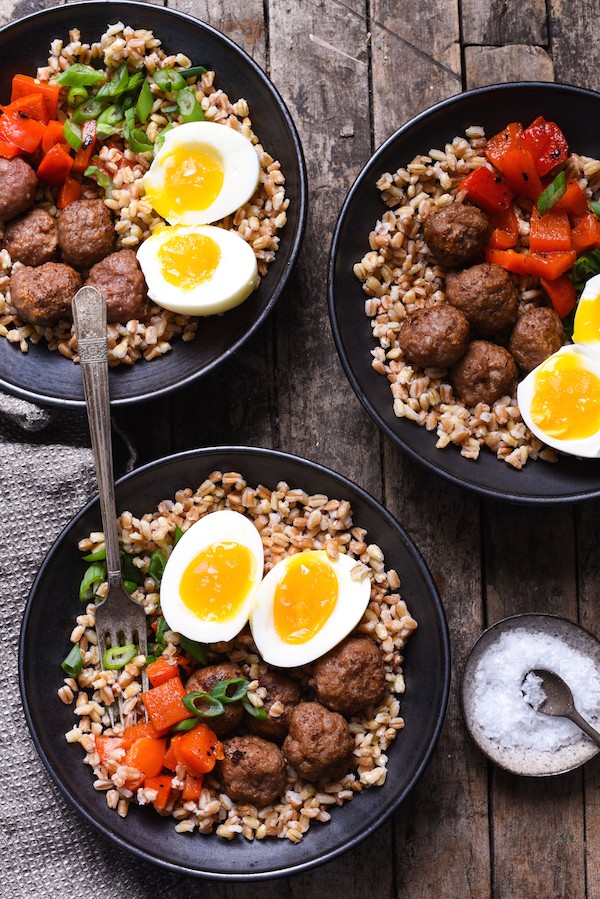 I used to be so very much NOT a morning person that the very thought of eating breakfast would twist my stomach into a million knots.

As predicted by everyone, as I’ve gotten older, it’s gotten slightly easier to wake up early, although it’s still not my favorite thing to do.

The big difference is that now, when I wake up, my stomach is actually growling for food! When did this happen, and what do I do to quiet it down?

While my stomach may be growling, my brain is still saying “it’s too early to cook anything but coffee, so pipe down.” 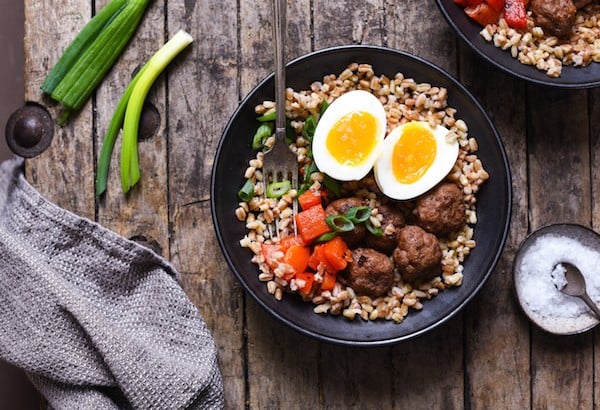 That actually makes things a little easier, because I know I’m limited to grab-and-eat things like granola bars, fruit, yogurt or anything that can be made ahead (like my Sweet Potato Breakfast Casserole). Brioche French toast may be delicious on weekends but isn’t happening on a weekday morning.

These Make-Ahead Breakfast Grain Bowls with Turkey Sausage Meatballs, clearly, fall in that last category. Every element of them can be made in advance, and then stored separately in the fridge until needed.

From there, you have a few options. You can eat everything cold (which I did a few times) or you can reheat some of the elements (maybe the farro and meatballs?). Totally up to you. 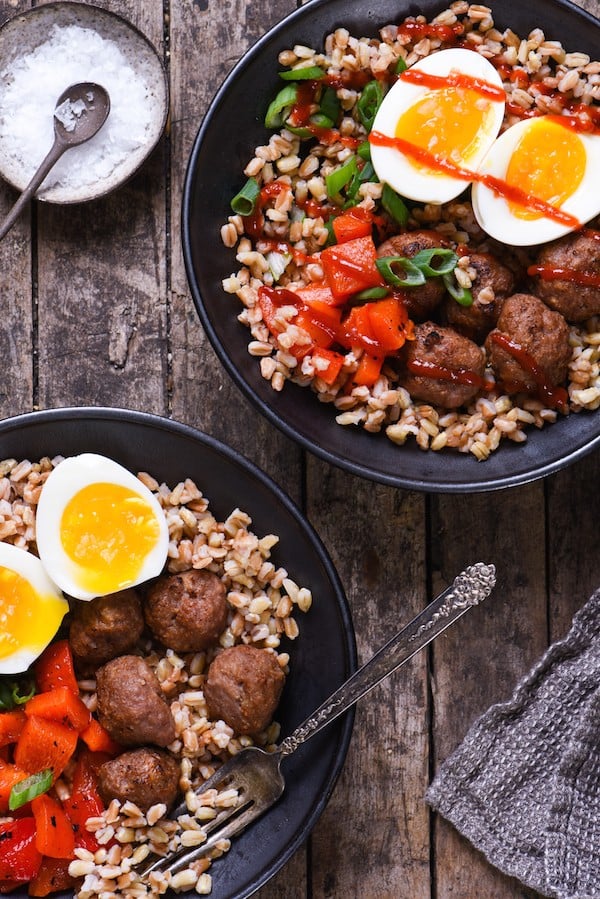 To prep, all you need to do is make a big pot of farro, roast a few bell peppers (if you have extra, make a batch of fajita veggies!) and roughly chop them, slice up some green onions, soft-cook a batch of eggs, and whip up some easy-peasy breakfast meatballs (breakfast meatballs!).

Turkey sausage has less fat than traditional pork sausage, but contains so much flavor on it’s own that I didn’t need to add anything to it – I literally just opened the package, rolled it into meatballs and baked! Growling stomach, take THAT.

Home Chef Tip: Don't have a gas range? You can roast the red pepeprs using the broiler setting on your oven. Place the peppers on a rimmed baking pan, then place an inch or two from the broiler element set to HIGH. Watch very carefully (don't walk away), and use tongs to rotate the peppers so they blacken evenly.