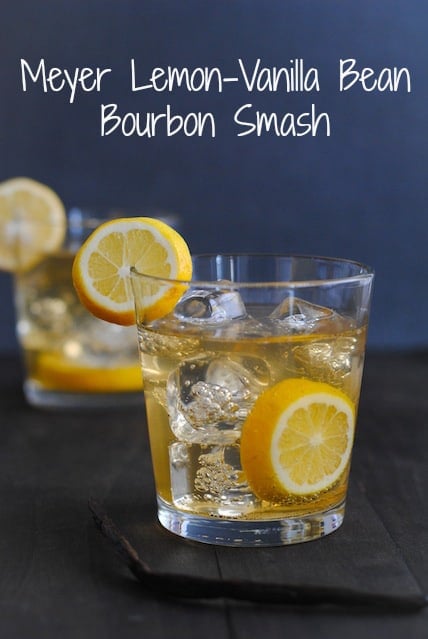 You guys didn’t think I would just throw down a Meyer Lemon Bundt Cake and then forget about Meyer lemons, did you? Not even close.

I’ve been putting them in nearly everything, including some Meyer lemon bars with a special crust – that recipe coming up this Sunday!

However, my stash of Meyers is dwindling and I’m OK with saying goodbye to them for another year. But, I had to make a quick cocktail first. 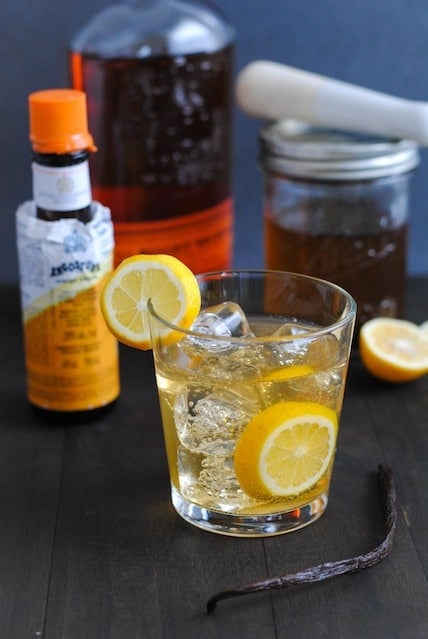 My original plan was to make Meyer Lemon Old Fashioneds, but my friend Susan beat me to it. She did such a beautiful job that I didn’t want to compete (although do check out my brandy old fashioned if you’re into that sort of thing).

What else could I make with Meyers and bourbon? I had a few extra vanilla beans around after getting obsessed with cardamom tea lattes and vanilla bean creme brulee for awhile, so I decided a quick vanilla bean simple syrup would be a lovely complement to the tart sweetness of the lemons.

You can keep a batch of this syrup in the fridge for up to a month, to be used in all sorts of cocktails and desserts, as well as this Meyer Lemon-Vanilla Bean Bourbon Smash. Cheers!

Update: On 11/6/14, this recipe was chosen as a Community Pick in Food52′s “Your Best Cocktail” contest and professionally photographed by Mark Weinberg: 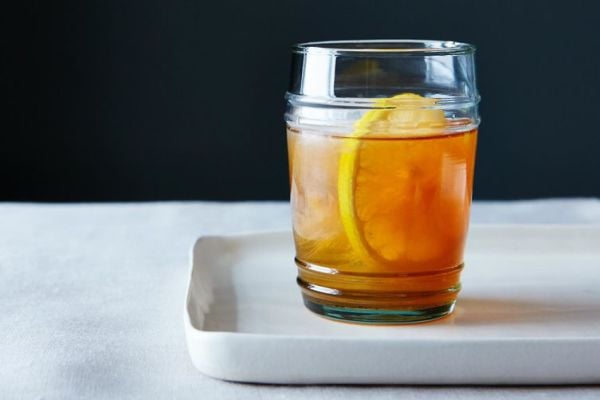 For the Vanilla Bean Simple Syrup: