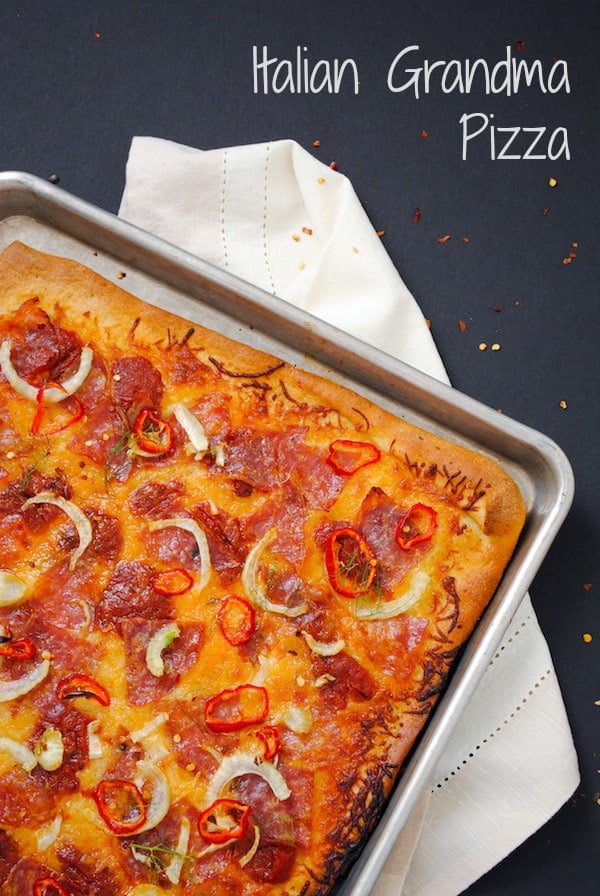 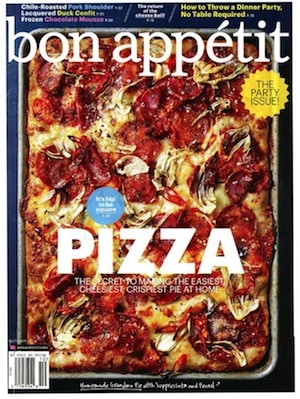 I guess you could say I cooked the Grandma pizza from the cover of Bon Appetit’s October 2014 issue, if you’re willing to overlook the facts that I didn’t make my own sauce, got lazy and didn’t make homemade crust (even though I know how to now, especially for Detroit style pizza), forgot to buy fresh mozzarella and just used the cheap stuff, and only used one type of soppressata.

Speaking of The Average Joe, I noticed while I was in Italy that there were A LOT of guys named Fabio around. Most of them were just totally average looking. So, I’m thinking that in Italy, The Average Joe = The Average Fabio? 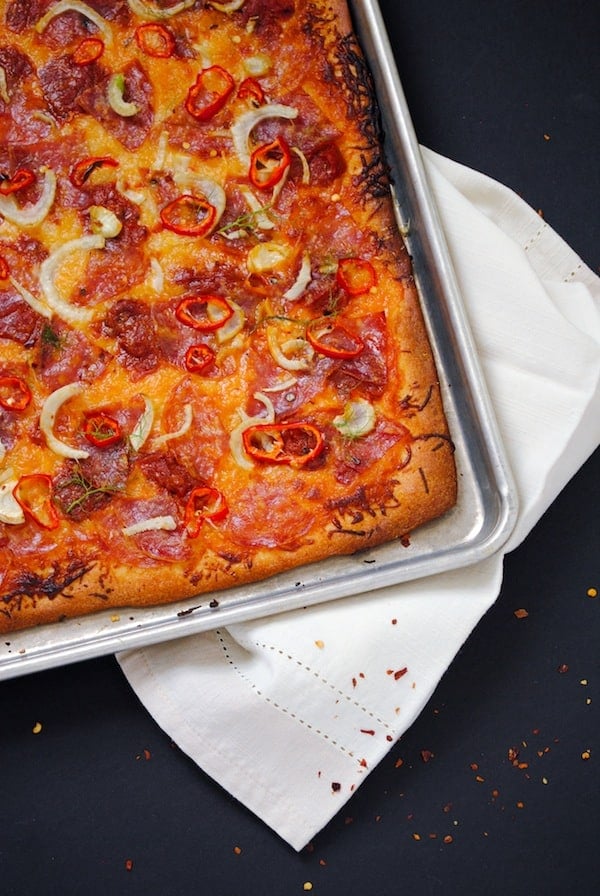 For more recipes straight from the cover of food magazines, check out my Cook The Cover Archive!